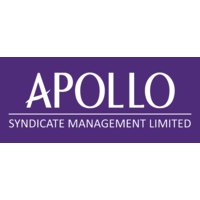 The newly-landed CUO previously served as chairman of specialty at Fidelis until 2017.

Before Fidelis, Burkinshaw worked at Catlin (now Axa XL), joining as a marine underwriter in 1992, before progressing to senior roles, including group underwriting board director and active underwriter between 2003 and 2014.

In his new role at the Lloyd’s market specialty re/insurer, Burkinshaw will report to David Ibeson, CEO at Apollo.

Apollo heralded the creation of a new CUO post at board level, with Burkinshaw its first incumbent.

He will be supported by Nick Jones, Matthew Newman and Mark Rayner, the active underwriters of the three syndicates under Apollo’s management.

The appointment is effective immediately and has regulatory approval, Apollo added.

“The role has been created as a result of the growth in size and the variety of classes written and planned to be written in the future,” he said.

“Nick is a recognised leader in the field, with an outstanding pedigree and track record of quality underwriting and management and will contribute significantly to the development and implementation of our long-term strategy,” Ibeson added.