Insurance technology investment continues to break records, with the first quarter of 2019 surpassing previous levels, according to the latest report from broking group Willis Towers Watson. 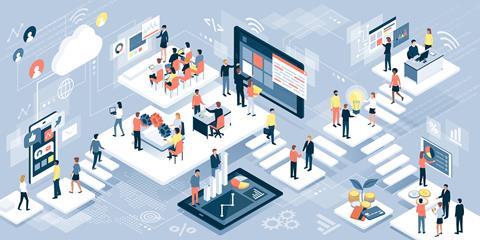 There were 85 insurtech deals worth a combined $1.42bn announced in the first quarter of 2019, according to the broker’s study.

Andrew Johnston, global head of insurtech at reinsurance broker Willis Re, said: “The sheer volume of hopeful insurtech companies and hype is becoming increasingly difficult to rationalise, and one could argue that much of the space is akin to the fable of the emperor’s new clothes.

“We are seeing, however, that a number of insurtechs are already adding some genuine value to our industry. We remain pragmatic about where in the value chain we believe this can be achieved,” he said.

“We continue to believe that success for any insurtech must follow that bottom-up approach, rather than targeting reinvention from the top down,” Johnston added.

Some 54% of deals were outside the US, marking a continuing trend. Deal count in the UK increased by 50%, and in the US by 44%. However, deal count in China fell by 38% this quarter.

Two-thirds of investments were in Seed and Series A rounds, but Q1, 2019 recorded the highest-ever numbers of Series B and C investment rounds, at 12 and 6 respectively, up from nine and three in the previous quarter.

At 56 deals, the latest quarter saw the greatest number of P&C transactions since Willis Towers Watson began releasing figures, up 37% from Q4 2018.

“Adopting a more agile approach requires companies to put control of pricing and price changes back into the hands of underwriting teams. The emphasis should be on their ability to change prices and rate algorithms frequently and easily, allowing companies to make rapid adjustments in an ever-moving market,” Chapman added.