2011 in review: Heroes and villains

Catastrophes, disasters and scandals; this year has been nothing if not tumultuous. How has the industry weathered the storm? 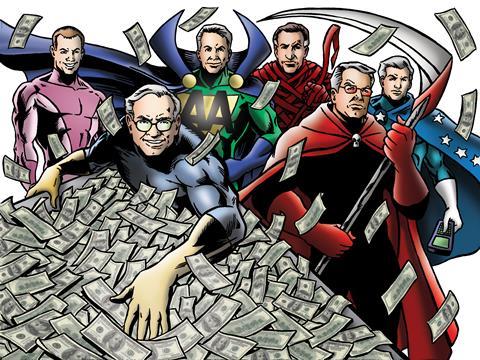 This is part one of our review of the year. Click on ‘Related articles’, right, to read the rest of our look back at 2011.

From the shock simultaneous departures of chief executives Brendan McManus and David Margrett from Willis, to a sad farewell for Ken LeStrange, who stepped down as Endurance chairman. From the Guy Carpenter management reshuffle that saw Peter Zaffino trade reinsurance for insurance, to the appointment of Hammerson’s John Nelson as Lloyd’s chairman, it has been a year of big, bold and shocking moves.

Villain: Ed Noonan
Chief executive, Validus
Misdeed: He can attempt to scuttle a deal at the last minute - and succeed

Villain: Michel Barnier
European commissioner for internal markets
Misdeed: He is responsible for the implementation of Solvency II and for it being pushed back even further

Finally, it seems fitting to honour a few of the industry’s finest in our inaugural Monty Awards. And the winners are:

Scarlet Pimpernel Award
John Berger may be planning a comeback with Third Point, but he has been a noticeable absence from this year’s festivities.

Battering Ram Award
Pat Ryan, for running the only broker to break down Lloyd’s defences by buying Jubilee.

Blast from the Past Award
After disappearing off the radar in 2009 following the IPC sale to Validus, Jim Bryce has resurfaced out of the blue with a new venture, Aliseo Re.