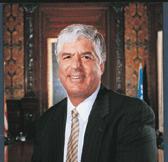 Sigtarp’s report on companies that have received bailouts from the US government revealed that AIG’s senior executives received a 24.5% ($5.6m) reduction in cash compensation last year.

AIG chief executive Robert Benmosche continued to receive $10.5m in total compensation, with $3m in cash and the remainder in stock.

The US insurer has repaid $180bn of its bailout funding by the US government plus interest.

AIG’s share price has climbed almost 50% in the past year.