All eyes on the European Insurance Forum 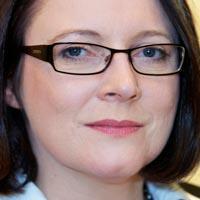 Over the past few weeks I’ve been incredibly fortunate to talk to some fascinating people about a vast array of subjects. I’ve been able to ask questions like, what is the reality behind the unprecedented events in the geopolitical environment? How can catastrophe models create an “own view” of risk? Does corporate governance provide a mechanism to transition into a risk intelligence culture? Discussions have centred around issues such as whether, in terms of risk modelling, big data essentially means that the more we know, the less we know. Was the swiftness of the Ukraine situation truly unexpected or a failure of international relations? Is diversity in the boardroom now tangible?

All these conversations have taken place in the lead-up to DIMA’s (Dublin International Insurance & Management Association) annual conference, the European Insurance Forum, but probably more importantly, they have reminded me about the huge reach the international re/insurance market has into so many areas of human life and economic activity. And as activities and economies evolve, the market responds where it can to the new risks being faced by its client base.

Reports from this year’s RIMS conference indicated that the risk management community is seriously concerned about cyber risk; not a big surprise necessarily, particularly in the light of the Target cyber attack and the fall-out including an ousted chief executive, and the recent disclosure of the Heartbleed bug, where almost one-fifth of the internet’s secure web servers were found to be vulnerable. Cyber insurance has recently been cited as one of the fastest-growing areas of business for the industry, and it seems that a new, more sophisticated, product is being launched every few weeks. So there is little doubt that cyber security and cyber threats are one of the major megatrends for the industry.

Environmental risk and climate change is another megatrend impacting us all, personally as well as professionally. Just a few days ago, NASA scientists recently disclosed in a conference call that parts of the western Antarctic ice sheet are disintegrating in what the scientists described as an “irreversible retreat”.  The climate change debate is one which roars on, but it is surely clear by now that the truism of “the only constant is change” is as appropriate for climate as it is for any other sphere of life. And the (re)insurance community’s role in responding to these changing risks – assessing, transferring, mitigating – continues.

And while the world is changing at an ever-increasing pace, the industry not only has to adjust to these changes but also to those within its own structure. The impact of new capital such as ILSs, the impact of increased competition, the impact of low investment returns, the impact of regulatory change, the impact of a new economic world structure – all of these are now the daily bread of an industry which at its heart is designed to alleviate uncertainty.

Twenty-five years ago the first international insurance company set up in Dublin. And 25 years ago I started working in the communications department at Lloyd’s of London. Like most others, I hadn’t decided at a tender age to go into insurance – I was much more interested in the somewhat more glamorous world (so I thought then in my innocence) of journalism. But 25 years later, I remain involved in the insurance industry. Why? Because the only constant is change in this business, because I get to meet and talk to interesting, clever and innovative people, because every day is different. Here’s to the next 25 years.

The European Insurance Forum takes place in Dublin on May 15 &16.