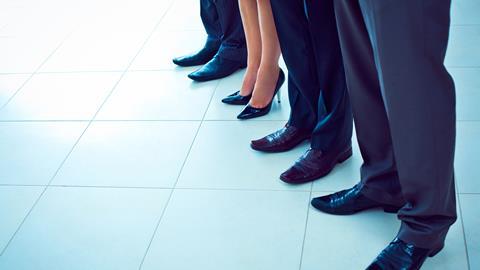 CNA Hardy chief executive Patrick Gage described insurance as the last bastion of white male dominance and stressed the need for change at an event held this morning.

Speaking at a panel event held in London as part of this year’s Dive In Festival, Gage said: “This industry is probably one of the last bastions of white male domination – not so much in the emerging markets, we see a much broader spread of talent across those markets and fewer barriers there. There is a specific challenge here in London, to change the workforce to better reflect the clients with whom we may be working. Also, we have a whole millennial generation coming through who don’t see life through the same lens.”

Willis Towers Watson (WTW) head of Great Britain Nicolas Aubert, also on the panel, added that there was no coincidence in Dive In starting in London, stating that the biggest issues regarding gender parity in the UK existed in London.

“Let’s all remember that Dive In started in London because we’ve got a real problem in London. There’s much more diversity in the rest of the UK. It’s great that Dive In is becoming a global initiative, but we have a problem here in the City,” Aubert said.

The event, ‘Dive In London - Are we making progress?’ was chaired by BBC present Jane Hill and hosted by Beazley.

According to Beazley chief executive Andrew Horton, his firm has a ‘hard and fast’ target for increasing the number of women in the boardroom, and achievability is key.

He said: “We have goals regarding how many more women we would like to see in senior management by 2020. It’s the only goal we’ve put a hard and fast target around, and I think it’s achievable. It’s moving up from just under 30% to 35% of women in senior roles over the next three years. I would like to see women join the executive committee by a similar date.”

Aubert added that a focus on middle management is essential for bringing about this type of change within the industry, saying: “We need to respect that in a large organisation we’ve got different levels and different roles and responsibilities. What we see very clearly in our organisation is at the top of the house there is support for inclusiveness, but that’s not yet significantly or well enough embedded across all managerial and leadership levels.”

He believes that if the industry does not encourage gender parity in middle management, succession will be hindered and in turn the efforts to encourage women into the boardroom will be hampered.

Aubert said: “At the moment we know that in the industry we don’t have sufficient bench in middle management, in terms of gender. If we don’t work hard around those levels to create the bench, we will never have enough to replace people like us at the executive level. Ensuring that successors are in place is a multi-year plan.””While highlighting that he currently has four women and three men on his leadership team at WTW, Aubert added that WTW aims to have gender parity with regard to numbers of women in the boardroom by 2030.

Though there was a clear focus on gender parity – a theme heavily covered by Dive In festival since its inception in 2015, Gage pointed out that a gender balance alone was not enough of a solution with it comes to diversity and inclusion.

Horton supported this claim saying that the workforce should mirror the clients it serves.

He said: “Talking about gender doesn’t make any sense without talking about other parts of diversity. There needs to be a reflection of the countries we’re operating in. That can change can happen more quickly.”