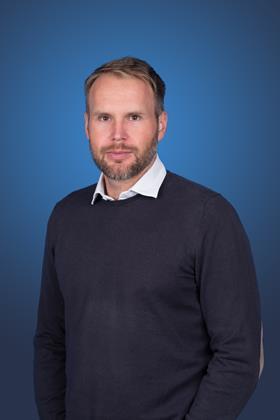 Flood has caused almost $550 billon of global economic damage over the past decade and had an enormous impact on society and business. We can never fully protect ourselves from flood, the insurance and reinsurance industry – as a driver and facilitator of risk transfer – plays a critical role in helping to build communities that are more resilient to flood, while underwriting profitability.

There is a large difference in flood insurance penetration in various countries around the world. In many countries, flood insurance has either not been available or has been absent for key occupancy lines, passing substantial risk to local government at tax payers. For some markets where flood insurance exists country-wide, policies still use the flat tariffs regardless of where the insured risk is located. But this is continuing to evolve in more sophisticated markets, such as Australia, Canada and Malaysia, where more advanced systems allow a system of risk-based pricing.

Insurers and reinsurers have a growing number of sophisticated models and analytics tools with which to evaluate flood risk in its various forms, from flood hazard maps to probabilistic catastrophe models. This includes flood hazard maps, help to clarify which location/policy is floodable at a certain return period and by what flood hazard, through to highly complex probabilistic catastrophe models, which generate an exceedance probability curve and many other valuable outputs to estimate the various extremities of flood loss, an average annual loss, and an event loss table used primarily to design reinsurance programmes.

With the development of more sophisticated tools, now is the right time for the insurance industry to step-up and tackle the challenges posed by climate change and increasing flood risk. The insurance industry, as a key risk transfer mechanism, can partially mitigate the negative effects of climate change by offering products to increase insurance penetration and build appetite, while using data and analytics to better understand and mitigate the risk.

Rising temperatures and changing spatial and temporal patterns of rainfall can significantly alter hydrological cycles and flood regimes across the globe, although the impacts differ substantially from region to region. Studies have shown that the increase of flood frequency and intensity could be likely in regions such as Southeast Asia, India and Eastern Africa. Meanwhile, increased risk of flash flooding associated with summer storm rainfall has been seen across developed countries in North America and Europe.

Rising sea levels also pose a significant threat for low-lying regions through enhanced coastal flooding risk. Jakarta, with its soil subsidence, is fighting against time to complete a large construction project that aims to protect the city from the increasing threat of storm surge.

Heightened flood risk is not just connected to changes in annual rainfall amounts, but also to its distribution throughout the year. For example, developed markets such as the US or Europe face a likely increase in the amount of precipitation falling during extreme rainfall events, but in addition, prolonged rainfall deficits are also observed and projected. Cycles of very dry weather followed by very wet weather can exacerbate natural perils such as wildfires, floods and mudslides.

It is also worth noting that global increases in flood-related insured losses cannot be attributed solely to climate change. Socio-economic changes, such as population increase, economic growth, and development in floodplains, in-line with increasing insurance penetration, are among the main drivers of rising global catastrophe losses.

The fact that the largest protection gap now exists in regions most prone to severe future impacts signifies an important challenge for various stakeholders, including local governments. Flood insurance could also become less available or affordable in the most exposed regions over time. Access to flood insurance will be determined not only by changing risk, but also by adaptation measures and the way in which societies ensure sustainable socio-economic development.

Probabilistic catastrophe models and their underlying data hold key information about hydrological and flood regimes – therefore offering analytical tools that will trigger new insights and product opportunities. This is of vital importance in many developing countries with insufficient insurance penetration – and even in more mature markets such as the US, where the gap between economic and insured flood losses following Hurricane Harvey once again sparked debate over the need for a private flood insurance market.

Models will be a key starting point for governmental schemes and public-private partnerships to provide reliable and long-term insurance protection. In addition, with the increasing popularity of parametric insurance and insurance linked securities (ILS), catastrophe models are increasingly being used to not only design the parametric triggers for specific programmes, but also provide related pricing.