As Asia’s GDP rises, how can insurance penetration be increased? 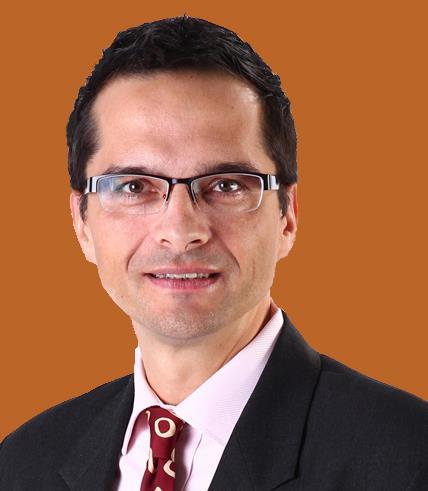 From 2001 to 2012, Asia’s share of global GDP has surged from 23% to 33%. In the wake of this rapid economic growth, the region’s non-life insurance markets have expanded by more than 280%, from $139bn to $392bn. On closer inspection however, aggregate non-life penetration or premiums as a share of GDP in the region (including Japan and the Middle East) have, in fact, decreased from 1.9% to 1.7% over the same period of time.

It is an empirically well-established fact that insurance grows in relative importance as GDP per capita increases. Insurance penetration levels tend to rise markedly as economies reach a certain stage of development.

Contrary to economic expectations, penetration levels have not increased in many emerging Asian markets since the beginning of the century. In Indonesia and the Philippines, for example, non-life insurance trailed economic growth, whereas in Malaysia it only just matched GDP. In China, India and Thailand, penetration levels have risen markedly on the back of surging non-life premiums, though clearly, much more needs to be done.

Does (re)insurance matter at all?

An alternative approach to measuring underinsurance is by analysing the insurance gap, denoted by the ratio of uninsured losses to total losses from a natural disaster. The Centre for Economic and Business Research (CEBR) in London calculated the gap for a number of countries for the period from 2004 to 2011.

China ranked first with a ratio of close to 100%, followed by Indonesia (roughly 90%), then India and Japan (more than 80%). The example of Japan shows that underinsurance is not restricted to developing and emerging regions. The March 2011 Japan earthquake caused an overall economic loss of at least $210bn. The share of insured losses in total losses was only about 17%, a figure which even includes the significant contribution made by the government’s Japanese Earthquake Reinsurance scheme.

On average, for every dollar of destruction caused by a natural catastrophe in Asia, only eight cents was covered by insurance, while the average for the same period was 43 cents in the US. From a public policy perspective, these numbers cast serious doubt as to the economic relevance of the (re)insurance industry in Asia. This needs to be addressed by insurers and reinsurers, not least in order to preserve their long-term ‘licence to operate’.

Underinsurance in Asia reflects the still-low levels of risk awareness and risk culture in the region, imbued by institutional legacies and inherent cultural behaviours. The Asian insurance industry is in its infant stage of development considering the relatively recent liberalisation of the sector following decades of state monopolisation in some of its insurance markets, in particular China and India.

A 2012 Marsh report suggests underinsurance among Asian businesses to be generally due to two reasons: inaccurate valuations of loss potential and perceived affordability of premiums versus risk exposure. A general Asian inclination towards saving also further challenges the marketing of insurance as a form of contingent capital, with many assuming their balance sheet strength to be robust enough to take on their own risks.

Relying on governments – A risky strategy

The vast discrepancy between economic losses and insured losses puts a huge financial burden on governments, charities, non-government organisations, development agencies, affected companies and perhaps most importantly, private households. This gap is particularly severe in the developing world, where the damage from a natural catastrophe may eclipse the government’s ability to act as insurer of last resort.

Against this backdrop, an over-reliance on post-disaster government intervention to cover all financial losses arising from catastrophes may prove problematic. Such an attitude also makes it difficult to reap the benefits from pre-disaster adaptation and prevention measures which usually allow for a more efficient management of disaster risk. Insurers should support governments in playing their role as owners of the relevant legal framework for such pre-disaster risk management. Governments are also instrumental in promoting prevention, mitigation and risk avoidance measures such as stringent building codes and early warning systems to facilitate the evacuation of the population, thereby mitigating the eventual losses.

Having said this, even though preventive risk and loss control can lower the severity of losses, it will never fully protect home and business owners against the financial damage from natural disasters. Therefore, insurance is indispensable as an efficient vehicle for providing much needed post-disaster funding. (Re)insurers have, for example, paid-out catastrophe losses of almost $70bn in the Asia-Pacific region in 2011. This effectively reduced the burden on governments, NGOs and individual victims of disasters.

Insurers can further encourage adaptive behaviours among policyholders, for example, by offering premium discounts in the presence of stringent building codes. Against this backdrop, governments should examine policy tools such as risk-based subsidies and compulsory insurance schemes (e.g. for earthquake and flood exposure) to facilitate the emergence of robust private insurance solutions for natural perils.

Governments could also facilitate a concerted multi-stakeholder approach designed at developing a comprehensive, multi-layered funding mechanism for the largest exposures. The lowest level of risk would be financed by NGOs, or sources of capital that require little to no returns. The next layer of risk would rely on capital that requires sub-beta returns (such as sustainable funds, government loans and microfinance/insurance). Beta return capital from traditional insurers and reinsurers would support the next higher level of risk whereas non-traditional sources of alpha-seeking capital could become involved in very volatile high excess layers of risk.

While these mechanisms may already exist in isolation, what is crucial in helping to close Asia’s insurance gap is a truly innovative funding scheme based on an integrated and coordinated approach involving all relevant stakeholders.