Asia named as hotspot for shipping insurance losses and piracy 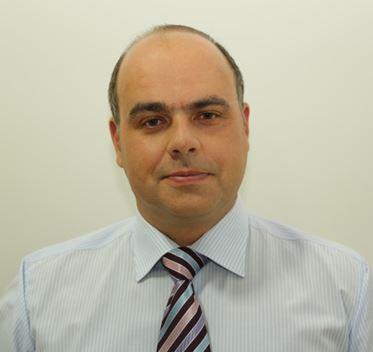 Greater naval capability would allow Indonesia to cope with a wider range of maritime piracy threats in the busy waters between the Malay Peninsula and Sumatra, according to marine risk expert Captain Jarek Klimczak (pictured).

Klimczak, who is senior marine risk consultant at Allianz Global Corporate and Specialty (AGCS), told GR that the Strait of Malacca was one of the world’s “two most strategic chokepoints” for oil trade along with the Strait of Hormuz in the Persian Gulf.

“Estimates suggest that around one third of the world’s trade still moves through this waterway, so it is no surprise that piracy continues to thrive there,” Klimcsak told GR.

Klimcsak said that the Strait of Malacca was the shortest sea route between the Middle East and Asia, with about 15.2m barrels of oil a day transported along the waterway in 2011. He added that as fuel became one of shipping’s biggest expenses, pirates were targeting valuable cargoes of highly saleable and easily transferred oil.

“In some cases [they are] operating on the high seas as floating pumps for below-cost stolen bunker oil that is transferred from ship to ship,” he said.

“Often ships in the Malacca Straits, Singapore Straits and the South China Sea, and into Indonesian waters, carry vast sums of cash in the ship’s safe – frequently the pirates’ prime target.”

Klimczak made the comments following the release of the AGCS Safety and Shipping Review 2014. It states that of the 264 reported piracy attacks worldwide in 2013, 106 of these occurred in Indonesia, which has seen a whopping 700 per cent increase in attacks since 2009.

Most of these attacks remain low level opportunistic thefts carried out by small bands of individuals but the report warns that there is potential for such attacks to escalate into a more organised piracy model unless they are controlled, Klimcsak said.

“A greater naval capability would enable Indonesia to ensure its own maritime security as well as to cope with a wider range of threats in the future, thus allowing the country to maximize the strategic value of the straits,” he said.

The report also finds that more than a third of 2013’s total reported shipping losses of over 100 gross tons were concentrated in the South China, Indo China, Indonesia and Philippines region, as well as the seas around Japan, Korea and North China.

The total loss of two bulk carriers in Asian waters in 2013, Harita Bauxite and Trans Summer, highlighted the importance of proper cargo handling and stowage of bulk cargoes, the report states.

Global head of marine risk consulting at AGCS Tim Donney said that while there was a long-term downward trend in shipping losses, there was more work to be done to improve the overall safety of vessels “especially in Asian waters”.

Asia remains a hotspot for passenger shipping losses, especially for smaller passenger vessels and ferries as demonstrated by the sinking of the ferry St. Thomas of Aquinas as a result of a collision with another vessel off Cebu in the Philippines in August 2013, with the loss of at least 116 lives.

“As an insurer we are always concerned about recognised issues such as training and safety management,” Donney said. “Human error is not something we can ignore and lack of skilled workforce is still an issue, but we also need to be alert for new risks as the industry continues to develop.”

Klimczak said that it should be asked how some Asian ship operators measured safety and quality, particularly when speaking about domestic trade shipping in south-east Asia. “The understanding of quality and standards can sometimes appear 50 years behind Europe, maybe even more,” he said.

Emerging risks identified in the 2014 report include the use of alternative fuels, changes in ship designs and increasing ship sizes. AGCS global product leader, hull and marine liabilities, Dr Sven Gerhard said that the claims arising out of maritime emergencies of ‘mega ships’ could be huge.

“For example, just think of the business interruption of ports and terminals if an accident was to block the entrance,” he said.