Bermuda: Out of the shadows

Long esteemed for its speedy approval of new companies and low taxes, Bermuda has lately lost some of its gloss. Lauren Gow examines the impact of market instability and asks if it can once again be a (re)insurance shining light 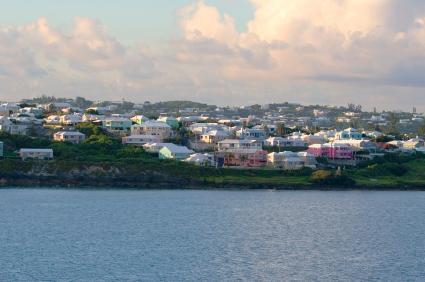 The light shining on the Bermudian reinsurance market has dimmed a little in recent years. What was once a beacon for new market entrants is now a market with a future that is far from certain.

The burden of unfavourable pricing conditions, new tax regulations, the fight to gain Solvency II equivalency, competition from more attractive jurisdictions and the uncertainty of a fragile global economy means Bermudian reinsurers are not sure what to focus on first. But after three years of unpredictability, the market is preparing for a fight.

The International Global (Re)insurer’s Underwriting report, conducted by the Association of Bermuda Insurers and Reinsurers (ABIR), shows some positive growth in the market. Gross written premium in the first half of 2011 were $37.1bn, up 3% on the $36.1bn for the same period in 2010.

The market’s 2010 figures were undoubtedly better than expected. Despite declining rates in most lines of business and higher-than-normal catastrophe activity in the first half of 2010, the market was gifted a relatively quiet North Atlantic hurricane season, contributing to a strong overall performance for the year.

By comparison, 2011 catastrophes have lost the industry more than $70bn in losses so far. The first half of 2011 gained the salubrious title of the ‘costliest half on record’ according to Swiss Re, following a spate of losses in Australia, New Zealand, Asia and the USA.

According to ABIR figures, the losses and loss-adjusted expenses for Bermudian (re)insurers in the first half of 2011 totalled $20.9bn, equalling an unprofitable combined operating ratio of 114.7%. Compared with full-year 2010 losses of $29.4bn and a profitable COR of 93.2%, it is clear Bermuda has been hit hard by catastrophes.

But Bermuda does not orbit in isolation. Macro-economic factors are also heavily influencing the Bermudian market. Hiscox Bermuda chief executive Charles Dupplin says: “There is pressure everywhere on the public purse. This is likely to be an increasing issue and potential differentiator between jurisdictions.” To make matters worse, policies from the EU and USA are keeping interest rates low.

ABIR president Brad Kading says inflation is putting considerable strain on the market. “Companies are looking at an interest rate of maybe 2%-3% that they could earn on conservative investments. There is speculation that inflation rates are already at 3%-4% so how do you make any money when your low investment returns are being eroded by inflation?”

Positively, for the market as a whole, there is new capital entering the market meaning continued investor interest in catastrophe reinsurance. But new capital depressed rates, making it more difficult for underwriters to make money on the business they have.

Dupplin says: “There is a movement away from fully fledged class fours and towards more temporary forms of capacity. This is good for the Bermuda market, as the local regulatory and tax environment is structured well for this, and already experienced at it.”

Kading believes the global attention natural catastrophe events in 2011 attracted has piqued investor’s interest in the market and led them to conclude that more capital needs to be put in play.

“I don’t necessarily agree but that is what investors seem to be thinking. My view is the industry still has abundant excess capacity and it is not clear that is there is a need for extra capital coming in.”

Modelling uncertainly remains a major risk for the market. Reinsurers need the ability to add a pricing buffer to allow for any errors or revisions; a particularly important factor if modelled risks severely under-estimate actual damage.

Following the release in February of the controversial new US hurricane model from Risk Management Services (RMS), otherwise known as RMS v11, Bermudian insurers fired up. Deutsche Bank analyst Joshua Shanker visited the island soon after the RMS release, writing in a research note that said seven out of eight insurers he spoke to have a “visceral contempt” for RMS v11.

Shanker noted Bermudian reinsurers’ backlash against the new RMS model was due to increased capital costs, as well as rejecting “one or multiple conclusions that the model makes”.

The main concern for Bermudian (re)insurers is their exposure to probable maximum loss (PML) estimates in areas of heavy coverage, including the US East Coast and Gulf of Mexico region.

A June report by global broking firm Guy Carpenter noted that due to severe catastrophe activity in the first half of 2011, as well as the release of RMS v11, the reinsurance market has been particularly volatile.

But RMS v11 has another positive influence, according to Kading. “What I hear people saying is that the RMS model changes have increased PMLs, which is going to drive insurers to buy more cat protection against those higher PMLs. That might be something that is attracting outside attention.”

Given their typically heavy property-catastrophe focus, coping with the uncertainty of model revisions is a fact of life for Bermudan reinsurers. They have to balance this with charging the correct price for their exposures and ensuring that they generate an appropriate shareholder return from their volatile books of business.

Bermuda is fighting fires on every front. The battle to gain Solvency II equivalence before 2012 is not just a compliancy issue, it is a fight to remain competitive in the global marketplace.

“People are very focused on Solvency II compliance in Bermuda. We had 17 consultation papers with the BMA [Bermuda Monetary Authority] last year and we have a lot more this year,” Kading says.

Bermuda’s failure to attain Solvency II equivalency could present a number of challenges for reinsurers with operations both on the island and in Europe. Bermudian groups’ European entities would have to be overseen by a European regulator rather than the BMA because of the Bermudian regulator’s lack of equivalent status.

Furthermore, the Bermudian subsidiaries of European groups would have to abide by Europe’s rather than Bermuda’s capital requirements. And thirdly, there is the imposition of collateral requirements on a cross-border basis.

Bermuda has received a draft European Insurance and Occupational Pensions Authority report, which identified 13 areas of concern. All will need to be reconciled by summer 2011 when a final Eiopa assessment will take place. A final report to the European Commission before 2012 is needed to make equivalence a possibility.

“Solvency II is a big concern for the Bermudian market. It is really about getting equivalency. Some of the ABIR memberships have two-thirds of the business written in Europe so we really need to make sure that Bermuda is in a position to gain equivalence so there aren’t capital penalties,” Kading says.

What historically attracted companies to Bermuda was the speed to market, meaning companies were able to launch new operations in the market quickly to take advantage of business opportunities, as well as the low tax environment.

Validus Re chief underwriting officer and executive vice-president Kean Driscoll says: “Bermuda will need to compete with other jurisdictions that will continue to offer attractive alternatives. To only just stay relevant but to be a leader, Bermuda will need to be more nimble than its competitors.”

After all, there are other attractive low tax environments in the world - perhaps it is time for the old dog to learn some new tricks. GR