Business interruption test case judgement will not be the ‘final word’

An appeal on the judgement delivered for the test case on non-damage business interruption (BI) policy wordings and their interpretation for Covid-19-related claims tomorrow is “inevitable” – Plexus Law partner Andrew Crocombe thinks that early 2021 is the more likely deadline for a “final word” on the matter, once the Supreme Court has weighed in.

Crocombe said: “It is no accident that Lord Justice Flaux and Mr Justice Butcher were selected to hear this case. They are both highly experienced judges and their decision will inevitably be detailed and carry considerable weight.

“That said, whilst their judgment will be informative, it is unlikely that it will be the final word and we will all have to wait to hear what the Supreme Court [has] to say, most likely in early 2021.”

An appeals process has already been agreed between the test case’s participants; if the High Court sides with the FCA, it is expected that the insurers will apply for an appeal immediately. However, Crocombe feels it is less certain whether the FCA will seek to appeal if the ruling agrees with insurers.

He explained: “The general expectation in the market is that, whatever the outcome, there will be an inevitable appeal and that this will likely leapfrog to the Supreme Court and the hearing expedited.

“Given the sums involved, if insurers feel they have come out badly in the judgment, then we can expect that an application to appeal will be made. It is less clear however, if the decision clearly favours insurers, that the FCA would appeal.

“The FCA’s stated aim is to ‘seek legal certainty’ and a decision clearly in favour of insurers could be said to give that clarity. However, much will depend on what is said in the fine print of the judgment and that will require careful analysis by the FCA.

“That said, the FCA may feel compelled to exhaust the appeal process to avoid any criticism that they have abandoned the interest of the policyholders. It does seem likely, therefore, that whatever is in the judgment, an application to appeal will follow.”

A key topic for debate during the eight-day virtual High Court case was the issue around causation, whether the questioned business interruption losses were caused by local incidents of Covid-19, a broader pandemic across the UK, or government action implementing the national lockdown.

This discussion considered two main trains of thought that Crocombe will be watchful for within the verdict tomorrow: the now notorious ‘but for’ testing and trends clauses.

“A significant amount of the court’s time was taken up exploring the case law on concurrent causes of loss and the extent to which the policyholder should be required to show that the reason they suffered loss was due to a local outbreak of the disease and not the wider restrictions imposed by the government.”

On the other hand, “a trends clause operates to apply a ‘real life’ adjustment to reflect how the business would have performed had the insured event not occurred. The lead case on this issue is [around] Orient Express Hotels, which related to a claim following Hurricane Katrina in 2005. In that case, the hotel was not successful in their claim for BI losses as it was held that they would have suffered the same BI loss even if the hotel had not been damaged because the surrounding area had been devastated by the hurricane.

“There has been a significant body of opinion that this case was wrongly decided so it will be interesting to see how the judges find on this issue.”

Crocombe added that it will also be “interesting to see how the judges approach the interpretation of the different wordings and, in particular, whether they will look to adopt the broader interpretations argued for by the FCA or side with the narrower construction contended for by insurers”.

He continued: “The issue that the court has been asked to address is what evidence is required to show that Covid-19 had occurred in the vicinity of the policyholder’s premises. Insurers argue that the policyholder must be able to point to local cases that resulted in the closure of premises whereas the FCA say that this is too onerous. Comments made by Mr Justice Butcher during the hearing suggest that the FCA’s position might be preferred on this point.”

In Crocombe’s opinion, actions by claimant groups – such as the Hiscox Action Group and Hospitality Insurance Group Action – as well as cases taken to the Financial Ombudsman Service (FOS) will also be delayed as a result of the expected appeals process.

He said: “There are a number of claimant groups that have indicated they are going to take action against various insurers and brokers are also under scrutiny and at risk of claims.

“It is very likely that these claims will not be progressed to any significant extent pending the outcome of any appeal, unless the issues to be determined fall outside of the scope of the issues being determined in the test case.

“Further, whilst a significant number of claims have also been submitted to the FOS, they have also made it clear that they will pause consideration of the claims where the outcome of the test case might impact on their handling of a complaint.” 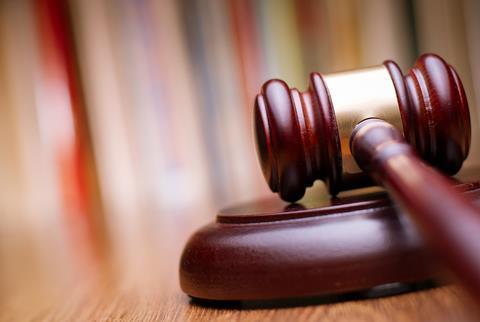