BMS chief Carl Beardmore believes that sturdy mid-tier brokers are set for a golden age of opportunity. Expansion in the USA and launching into underwriting at home are part of his plan to square up to the big hitters 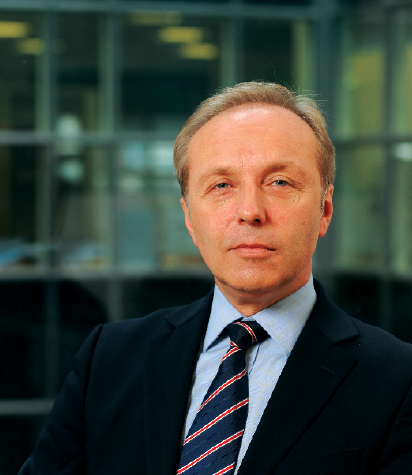 BMS chief executive Carl Beardmore is clearly not one for putting his feet up. “I’m not the best person to talk to about holiday entitlement - I simply don’t take them,” he says, only half-joking.

He has set himself and the (re)insurance brokerage he runs a huge task: beating the big hitters at their own game. He wants BMS to occupy the space vacated by mid-tier companies such as Benfield when they were bought by their larger peers.

“Our vision now is very much to present ourselves as the alternative to the larger players,” Beardmore says. “Speaking to clients and markets, there seems to be a great desire to see somebody fill the slot behind the big guys.”

It was the opportunity to fill this perceived gap in the market that tempted Beardmore to take the top job at BMS.

He became chief executive in September 2010, having worked for the company for eight years as a consultant and non-executive director.

The position was left open following the departure of previous chief John Spencer back in January 2008 - the company’s board, led by chairman Hugo Crawley, had been running the company since then.

“There are too many examples of people putting very good companies together, including the likes of [US (re)insurance broker EW] Blanch and Benfield, and then selling out ultimately,” Beardmore says. “The notion of creating a company that is similar in characteristics to those people, but truly sustains itself over time and isn’t snapped up by one of the big people, is a really compelling and attractive ambition.”

To say Beardmore has his work cut out is an understatement. By way of illustration, BMS turned over £50.2m ($79m) in 2010, its 30th year of operation and the most recent year for which figures are available. In the same year, Aon’s risk solutions division pulled in $6.4bn, and Marsh & McLennan Companies’ risk and insurance services division reported revenues of $5.8bn.

Chipping away at rivals

While Beardmore is clearly not trying to match his biggest rivals’ turnover, the numbers show the vastly superior firepower of the companies he is taking on. This financial muscle allows the big brokers to invest heavily in analytics and risk modelling, which reinsurance buyers in particular find highly valuable, and which have become differentiators for brokers. Smaller brokers cannot hope to match the top tier’s spending power.

But Beardmore feels that he is chipping away at his larger rivals in small but meaningful ways, even on the analytics side.

“In terms of the modelling and actuarial side of things, we have put together a team that has shown itself able to compete with the big boys,” he asserts.

He argues that the bigger brokers’ heavy spending on analytics could be their undoing. “The big guys felt there was a differentiation opportunity by creating an arms race and boasting about who was spending the most per annum on modelling and actuarial,” he says. “I think it has created a problem for them now.’”

Beardmore claims that BMS’s modelling and actuarial analysis is at least on a par with that of the top-tier brokers and that these facilities have helped BMS win “significant business” from its larger rivals in the past six months.

In the USA, which BMS sees as a key battleground, the company is targeting members of the Ward 50 - an influential ranking of US property/casualty insurers produced by benchmarking firm Ward Group, which, interestingly, is owned by Aon.

BMS has managed to lure three Ward 50 accounts from the big brokers over the past six months and is expecting to tempt over at least another two in 2012. “Those for me are real examples revealing the potential we have to compete at the highest level,” Beardmore says.

From the giants’ tables

The broking giants’ size can give a leg-up to their smaller rivals. The bigger a broker, the bigger the contract it needs to win to make the effort worthwhile. Beardmore contends that larger brokers are struggling because these big ticket deals are few and far between, while smaller firms are finding rich pickings and growth opportunities in the scraps from the larger firms’ tables.

“The big players will look at clients that have $1m-$2m of brokerage to present and question whether it is viable for them to invest the time and effort to sustain or win that kind of business. Whereas we can justify the time and effort on that account and we still value that kind of business highly,” Beardmore says. “The opportunity at the moment sits with the mid-tier brokers. The bigger challenges sit with the large brokers as they try to keep their sausage machines full.”

Overall, Beardmore is expecting BMS’s 2011 revenues to be 10% up on 2010 levels, based on information currently to hand. He describes  2012 as a year of consolidation, but even so predicts  a further revenue boost of between 20% and 25%. This is far more rapid growth than that being reported by the larger brokers. Aon and MMC’s (re)insurance broking divisions, for example, grew revenues by 6.1% and 9.3%, respectively, in 2011.

The company is on track to surpass £100m of revenue by 2016. However, this is not enough for Beardmore. He contends that a broker needs to be pulling in revenue of between £200m and £250m before it can be considered a genuine alternative to the larger players.

Luckily, he has a growth plan of which the main focus is the US market. The company’s US hub in Minneapolis has expanded from four to almost 50 staff in the past year. It also has offices in Chicago and Philadelphia, and added a New York City office in January this year, which will be Beardmore’s base. He will now spend the majority of his time in the USA and expects to expand the US structure over the next year.

Closer to its home market of London, BMS has made inroads into underwriting with the launch of its Pioneer managing general agency. It took the MGA route after its application to set up a Lloyd’s syndicate was refused.

Pioneer has £62m in underwriting capacity from Liberty and a target to write £27.5m of premium in its first year. Beardmore says the MGA is on track to hit its 12-month underwriting goal and will be close to filling the full £62m facility over the next 12 to 18 months. BMS has not abandoned its plans to set up in Lloyd’s. “We still have one eye to moving our MGA play into a syndicate play at some point,” Beardmore says.

BMS’s push into underwriting is in keeping with the actions of its peer group. Cooper Gay has Globe Underwriting (recently rebranded from Oliva), Hyperion has DUAL and RK Harrison has Aqueduct. Beardmore says brokers’ underwriting efforts are being driven by the fact that the broking business model is in transition.

“Brutally speaking, it is because overall volumes of business are not increasing, and so if you want to grow your business, you also have to look at the quantity or the extent of the distribution chain you own,” he says.

Only in the M&A game to buy

Of course, if Beardmore is to hit his target of revenues between £200m and £250m, he will need to make acquisitions. He expects this will happen in the next two to three years.

But, given the number of unsuccessful mergers in the broking and insurance sectors, he will proceed with caution. “I would like to make sure we do it at a time that’s right for us and we’re properly prepared and resourced to manage a merger or acquisition,” he says. “Two out of every three never add the value that was intended.”

He is adamant that the only part BMS will play in the M&A game is that of buyer. “I know there are regular rumours that BMS is simply polishing itself up ready for a sale. That couldn’t be further from the truth,” he says. “We are polishing ourselves up to make ourselves into a highly attractive and compelling business that can sustain its independence.”

All these plans should keep Beardmore extremely busy over. While taking few holidays, he does allow himself regular visits to the gym. He would be wise to keep this up, as if he keeps taking business from bigger brokers, he could have a fight on his hands.