Top industry leaders have speculated that it could take a sudden worldwide cyber collapse to finally shift reinsurance pricing. 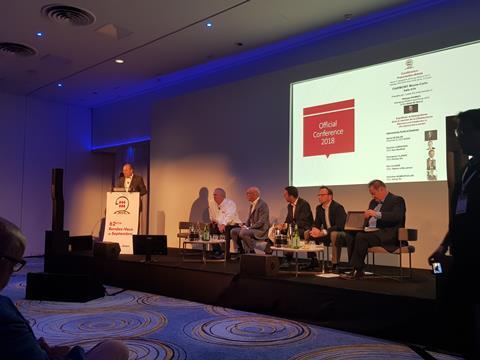 Scor chief executive Denis Kessler said pricing cycles had been disrupted by the enormous amount of excess capacity flooding the market. Kessler was speaking at the conclusion of the recent Monte Carlo Rendez-Vous.

Despite recent hurricanes inflicting heavy losses on the industry, prices have remained fairly static, and capital market investors have continued to invest that offers diversification.

Kessler said he had been surprised by the level, particularly the massive reinvestment in ILS funds after last year’s record catastrophe losses.

“The prices are not adequate,” he said reflecting on the impact of excess capital. “After six years of price erosion we are still far away from the equilibrium price.”

Excess capital, low interest rates and the liquidity in the market all received a share of the blame.

Kessler added: “Each year we wait for the return of the cycle, but it seems the cycle is not coming back.

“My strong belief is that there is no more cycle.”

Scor’s chief executive said this was due to easy access to capital and the increased pace of deployment for alternative reinsurance, able to create a fund in less than an hour and issue a cat bond in less than two weeks.

He said: “You no longer have cycles but a succession where demand and supply move along and rebalance.”

And the only way to break the current levels of inadequate pricing for the risks being run, he said, was an event outside the probability space, for which insurers and reinsurers are not prepared.

“The only event that could have a similar impact today would be a world cyber collapse because that is unexpected and we don’t know how to measure it,” he said. “It is not in the probability distribution. Otherwise we know that there will be large hurricanes and large quakes – that’s what we are here for.”

Marsh & McLennan chief executive Dan Glaser said if a worldwide cyber collapse was to occur, it was important that the industry does not invoke war risk exclusions to avoid payment.

Glaser said: “Fundamentally we are all selling and accepting premiums on cyber and we recognise state exposure.

“My fear is that the bigger the loss, the more likely it is that the industry gets shamed by its fragmented reaction in terms of is it covered or not covered. I would like to decide that in advance.”

Emanuel Clarke, chief executive of Bermudian re/insurer Partner Re, disagreed with Kessler and said the market would return to a cyclical process.

He also suggested the industry is now more aware that unexpected events will strike.

Clarke added: “No one can say we will never have sizable unexpected events anymore, but these things happen once or twice in a career.

“We know they will happen again we just don’t know when. These are the events that will move the global balance of reinsurance capital and until you have such events then you’re going to have corrections.”

Clarke said the extent of capital in the market meant these corrections when they occur will be more muted and more regional.

Christian Mumenthaler, Swiss Re’s group chief executive, said capital had become a commodity in the market and that situation was “here to stay”.

He said there were several factors that could change the current pricing trend.

This includes if demand was considerably higher, or reinsurers’ profits continue to fall, if reinsurers decided to start paying a greater proportion of capital back, or if interest rates significantly increased.

Mumenthaler said: “There is more and more separation of those that understand the risk and those who provide the capital. There is a risk that capital is pushed this way and it just leads to a further depressing of prices.”