Bosses of GIC Re, Willis Re and Qatar Re air their views 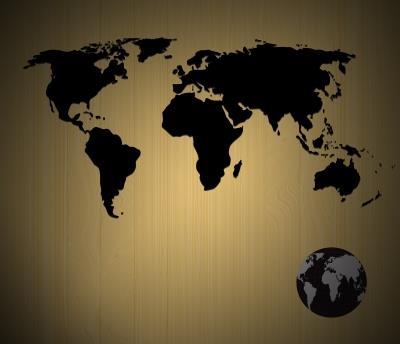 For decades reinsurance has been focused around hubs in London, Bermuda and Zurich, but now emerging centres such as Singapore, Dubai and Miami are developing as reinsurance capacity suppliers want to get closer to their clients and producing brokers in these booming regions.

The question is, could these new players ever outcompete or even replace the old guard?

The figures certainly paint a picture of muscular growth. Over the past 10 years, the emerging insurance markets have shown much faster compound annual growth rates than the mature ones – a range of 12%-20% versus about 4% – according to research by A.M. Best.

“It comes as no surprise that the reinsurance centres, which cater to these markets have grown considerably too,” Qatar Re chief executive Gunther Saacke says.

Asia Capital Re specialty lines vice president Paul Trueman argues there are two reasons for this boom: the growth in the volume and complexity of risk needs in the expanding markets means greater demands and expectations of reinsurers.

These are best supported by locally based claims, underwriting and broker service, the lower operating cost environment in the developing regions and the relocation of human capital to these expanding hubs.

Trueman says: “However, I do not see major reinsurers leaving the traditional hubs anytime soon given their historical standing and access to more mature and currently better regulated capital markets.

“What we are likely to see instead is an expansion of the hub mentality in terms of premiums written, experienced personnel in these hubs and delegation of authority from the home base.

“Those reinsurers who do not buy into this approach stand to lose out in the medium to long term to both reinsurers who are more progressive in their thinking and expanding domestic insurers.”

However, if emerging markets do continue to assume a larger share of the total reinsurance business, then the relative importance of the traditional hubs such as London or Zurich will inevitably decline.

“Whether they will maintain or even increase their size in absolute terms will depend on how well they are able to capture new opportunities and respond to emerging challenges,” Saacke says. “Be it in terms of products, such as cyber, or be in terms of new solutions, such as convergence vehicles and other forms of providing offerings in combination with alternative capital, as we already witness in London.”

Willis Re International chairman James Vickers agrees: “Traditional hubs such as London of course have to evolve. This evolution needs to come from the recognition that there is a difference between the actual transaction and the intellectual property and skill behind advanced risk quantification leading to the development of appropriate client solutions, which ultimately drives higher insurance penetration.”

In addition, the old hubs are attractive to expansive reinsurers based in emerging markets. “Lloyd’s pursues a dedicated strategy to benefit from this,” Saacke says.

Even new technology – which has already changed so much – will not be able to replace the need for human contact. If anything, human relationships could become more important in an increasingly globalised, networked world.

GIC Re chairman Ashok Roy says: “Today, when we have everything moving slowly on to online and cloud, and the growth of the internet of things, the very existence of reinsurance hubs gets a question mark.

“But then it is always the proximity, the networking and relationship that matters more in our industry.”

Ultimately, it seems that the importance of the old hubs is unlikely to change anytime soon – even if they may become relatively less significant in a more crowded market.

“Although large parts of our business may become more commoditised, transactional and automated, reinsurance will continue to require strong and reliable relationships between the market participants,” Saacke says.

“The human factor and the personal relationships will continue to matter as they always did. This, by the way, is particularly true for specialty business, where expertise and experience are essential ingredients – and these are concentrated in the traditional (re)insurance hubs.

“In addition, more business is written and ceded regionally, a trend which has accelerated the growth of hubs such as Singapore and Dubai.”

Ultimately, specialty insurance and reinsurance requires specialist knowledge and expertise, and that talent cannot be everywhere at once.

“It is difficult to see that highly specialised knowledge will ever be evenly spread across the globe,”Willis Re’s Vickers says.

“Naturally expertise will tend to congregate into hubs. These hubs may change, and some may expand or contract, but conceptually, centres of excellence for specialty insurance will be required into the future.”