Takaful faces market awareness challenge: Even some people who work in it don’t know what it does

The Takaful and Re/Takaful sector has an image problem and general lack of awareness about what it can do, according to speakers at DWIC 2019 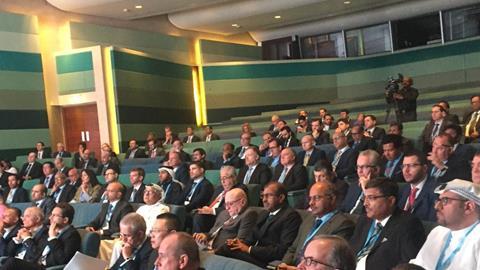 The market for Islamic insurance products – known as Takaful – faces some major problems, not least the fact that few people understand what it is or what it does, or see Shariah-compliant insurance products as a viable alternative to conventional insurance. That was the message from two speakers on the second day of the Dubai World Insurance Congress 2019 (DWIC).

“The word Takaful is not clear to people. I work in this market every day, and people don’t know it. People often think Takaful is one company [rather than a concept],” said Mohammad Al Hawari, managing director of Takaful Emarat.

Takaful’s image problem was contrasted by Al Hawari to that of the banking sector “right there in your face”, and the industry he previously served, describing himself as “still an insurance newbie”. The sessions at DWIC formed part of a “Takaful – At tipping point” focus on the event’s second day.

“London has the concentration of financial, legal and regulatory expertise to create an Islamic re/insurance hub,” Matcham said.

The IIAL was formed three years ago with a mix of Lloyd’s and London companies market carriers. It also has UK government blessing, with the aim to make the London market a global hub for Shariah-compliant Islamic insurance products – following the example of Sukuk investments in the world of banks and bonds.

End of the beginning?

Matcham, whose talk focused on commercial lines Takaful and Re/Takaful – reinsurance following the same Shariah-compliant principles of Islamic finance – said he hoped Takaful had reached “the end of the beginning of the campaign” to push the product, since the November 2018 release of the IIAL’s guiding principles for Takaful.

Lack of awareness about Takaful was rampant even in the perceived concentration of re/insurance expertise of London’s global specialty re/insurance market. Takaful has suffered – on a London market and global basis – from a lack of industry-level representation, recognised standards, steps to educate the market, or an adequate “push for the product”. The IIAL’s role has been to change that, Matcham reflected.

A “chicken and egg” situation has arisen, Matcham suggested, between creating supply and demand that is not well articulated or handicapped by lack of awareness. He described a growing frustration that Islamic investments, such as infrastructure projects in majority Muslim countries, are not met with Islamic insurance capacity and reinsurance capacity through ReTakaful, citing market research.

“Seven out of ten said would buy if available. Almost half [of respondents] said they were not offered the option of Takaful products by brokers for purchase or at renewal,” Matcham said.

He cited one Jordanian banking CEO who claimed that there would be “no excuse for seeking conventional cover” if Re/Takaful capacity was available.

“It’s fair to say we have not got that traction yet, in the growth of this product. Brokers argue that conventional products are cheaper or more suitable. Despite these factors we believe there is a growing demand for this product,” he continued.

“The longevity of Islamic insurance industry hangs in the balance,” Matcham added.

In a Q&A session following the speeches, Takaful’s profitability was questioned.

“Companies are making a profit, but they are not making enough of a surplus to pass it out among the customers,” he said.

“When the market matures and develops a little and companies are making more profit and they get enough of a surplus, then they will distribute it.”

“Malaysia and Saudi Arabia have a high amount of Takaful, but they came to have that through two different approaches,” he said.

“Malaysia has taken a top-down approach, where there has been government intervention. In Saudi, there is more of a need coming from the customers, as they are more Shariah-sensitive.”

Al-Natoor outlined the three major types of takaful customer or supporter. “You will have takaful adoption coming from three different sectors: it will be coming from customers who are sharia sensitive, such as those in Saudi and some in the UAE,” he said.

“You will have people who aren’t totally Shariah-sensitive and might not even be muslim, but they relate to the concept. And you will have those customers and businesses who recognise takaful has a competitive offering. You have these three sectors, but all sectors are suffering from low awareness,” Al-Natoor added.

Al Hawari suggested the Middle East had a cultural challenge that does not encourage widespread belief in the role of insurance, but that this problem was not specific to the region.

“There are cultural issues, and especially in this region. People tend to have a belief that everything will be fine, God will protect us, and the universe will look after us,” he said.

He suggested the challenge was not unique to Takaful, but rather the need to “reboot insurance” in general.

Insurers should put the customer first, pinpoint every interaction, and simplify the product experience, he suggested.

“Why do we have 15 versions of the same product and such difficult lingo that only lawyers will understand it?” Al Hawari questioned.

“We only engage with a customer once a year or maybe twice if they file a claim. We already have their data, so why don’t we start interacting with them?” he asked.

“I’m a big fan of Lemonade, as a company that has shaken the insurance world” Al Hawari continued, referring to the US peer-to-peer insurer.

“There’s no question about it that is not a Takaful company. However, the very same principles of sharing and giving back a surplus is embedded in Lemonade’s business model,” he said.

“We also need to be more transparent, to say we’re going to take a 15% or 20% cut, pay this much in claims and give this amount of surplus back,” Al Hawari continued.

Whether it is offering customers a free coffee or a Ferrari ride at the racetrack for a year of safe driving, insurers could be doing more to interact with customers on a more daily basis, Al Hawari stressed.

He suggested handing back a bigger share of profit would be more than compensated for by increased premiums with increased insurance buying penetration. He used the example of paying $10,000 for a car, knowing you can receive $500 back.

“That’s the value proposition of Takaful in my position. That’s going to win customers’ hearts and trust. Takaful one, insurance zero,” he added.