European (re)insurers need to plan for a possible UK exit 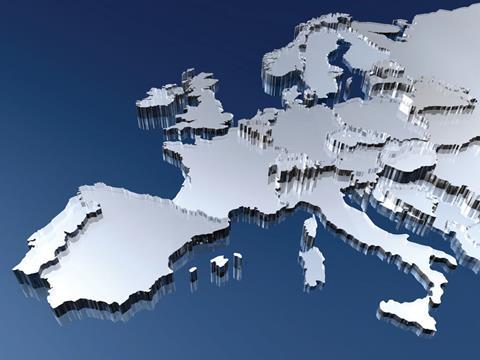 Insurers need to make plans for a possible UK withdrawal from the European Union (EU) following the general election on 7 May, according to AM Best and Standard & Poors.

UK prime minister David Cameron has said that a Conservative government will guarantee a referendum on EU membership by 2017, while Labour and the Liberal Democrats have both supported continued membership of the union.

In a recent briefing note on the subject, AM Best said insurers should be considering the implications of the different scenarios, including the possibility that EU-domiciled subsidiaries may be needed in the event of a full withdrawal from the EU.

“The UK’s position within the EU remains ambiguous ahead of the General Election,” it said. “Insurers should be proactively considering the implications to their businesses in the event of a renegotiation of the country’s membership terms or, in a more extreme case, a distinct exit.

“Insurers should identify the potential consequences of operating without the EU financial services ‘passporting’ scheme, which provides a company authorised in one member state the ability to conduct cross-border business without being required to apply for any additional authorisation or incurring further local operational costs.

“Pulling out of the EU could result in the need for UK insurers to establish an EU-domiciled subsidiary to underwrite business there, with subsequent costs, back office operational requirements and resourcing implications.”

Standard & Poors director Mark Nicholson said that UK-based insurers and reinsurers should have plans in place for the possibility of the UK leaving the EU.

“I think that they should have a contingency plan, as many did when we had the Scottish referendum last year,” he said. “It will also depend on what the status of the UK was outside the EU, whether we were in the EEA or completely separated.”

If the UK were to leave the EU, the Lloyd’s market would also suffer from restricted access to the European markets.

AM Best said: “Lloyd’s has publically stated that if the UK were to leave the EU and be outside the Single Market without any passporting rights, it would have to negotiate new licence arrangements with individual EU members, resulting in a significant and costly upheaval for Lloyd’s and a fundamental change in the distribution of its business.

“Additionally, Lloyd’s has noted that business can only usually be conducted in a country provided there is a local presence, including holding some level of capital and reserves locally, and reporting and filing with the local regulator.”

Nicholson added that there was a small chance that a referendum could cause UK-based insurers to lose out to their continental rivals, who might use the period of uncertainty to poach business.

“It’s at the further end of speculation, but not impossible,” he said. “Say you had a UK group carrying out operations in another EU country, I imagine in the run-up to any referendum that a UK group would spend time reassuring its counterparties in other countries that they would set up a subsidiary, if one was required, and that everything would be business as usual.

“So I think that any change or disruption of that nature would be very slight.”

Nicholson said that if the UK left the EEA then there could be rating changes to insurers with operations in the UK and on the continent.

“From our perspective as a rating agency, what you could see in the future, say you have a UK-based company or a continental insurer with operations in the UK, the most likely rating impacts would be if they could no longer do business through a branch and had to set up a subsidiary,” he said. “This being a separate legal entity it might have its own rating. In the smaller countries this might not necessarily be a core rating and so a subsidiary might have a lower rating than its parent, whereas at the moment it would have the same rating as its parent.”