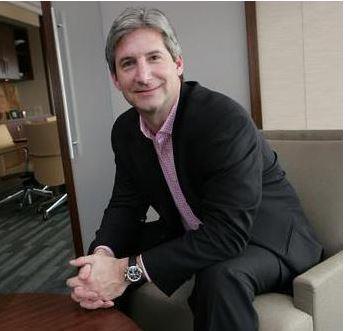 Allied World president and chief executive Scott Carmilani (pictured) has told GR that his company’s acquisition of the Hong Kong and Singapore operations of Royal & Sun Alliance Insurance (RSA) is part of its growth plan for Asia-Pacific.

“We believe this type of acquisition is rare, unique, and comes along once a decade,” he said.

“As part of our continued efforts to grow our insurance operations within the Asia-Pacific region, we are pleased to be acquiring a business with such a strong infrastructure, excellent reputation and experienced underwriting staff that know the territory.”

“Allied World is committed to growing globally, and this acquisition helps us deliver on our brand promise of being a global specialty re/insurer,” he told GR.

Under the terms of the transaction, Allied World will acquire the in-force portfolio and related assets and liabilities of both the Hong Kong and Singapore branches.

Subject to adjustments, on completion, Allied World will fund the purchase price of $215m with cash on hand.

In addition to the purchase price, Allied World expects that an additional $90mn will likely be required to appropriately capitalise the business on an ongoing basis.

The transaction, which is subject to regulatory approvals in Singapore and Hong Kong as well as court approval in Singapore, is expected to be completed during the first half of 2015 and to be accretive to Allied World’s earnings immediately.

The RSA business includes a niche group of specialty lines, including casualty, construction and engineering, marine and property.

RSA Singapore is currently ranked the number 14 non-life insurer in Singapore, with about 180 employees and $149m gross written premiums (GWP) in 2013. It has exposure in Australia, Indonesia, Singapore, South Korea and Thailand.

RSA Hong Kong is ranked the number 12 non-life insurer in Hong Kong, with about 140 employees and $99m GWP in 2013. Its distribution includes affinity relationships with a life insurer and an auto dealer.

RSA Group chief executive Stephen Hester said that the sale would “build further on the momentum of our recently announced disposals in the Baltics, Poland, Canada (Noraxis) and China”.

“[It] represents continued progress against our aim of tightening the strategic focus of the group,” he added.

“Further disposals are targeted over the next 12-18 months to complete this process.”

In late 2013, head of Asia for RSA Chris Colahan told GR that he was under no illusions about what was required to re-establish his company in the region.

“We exited many markets in the region back in the early 2000s due to the fact that there was some balance-sheet repair work going on in Europe and we had to sell some good assets,” he said at the time.

“But since I moved here 18 months ago, there’s been a big focus on rebuilding our presence in Asia and making lots of investment to do that.”

Colahan said that the first decade of the 21st century was “a bit of a blip in the long storied history that we’ve had Asia”.

“Most people get that it’s a story that not many insurers can tell, and I think the depth of our history and tenure out here ultimately carries the day.”