FCA chair plans to step down in spring 2022

Chair of the FCA and Payment Systems Regulator Charles Randell wrote to chancellor of the exchequer Rishi Sunak on Friday (15 October 2021), notifying him of his plans to step down from his leadership positions in spring 2022.

Randell, who took up his role as chair of the FCA and PSR boards in April 2018 for a five-year term, has therefore requested that Sunak start the process of appointing his successor. Randell has not got plans to assume another position upon resigning.

On the news, Sunak said: “I want to thank Charles Randell for his work as chairman of both the Financial Conduct Authority and the Payment Systems Regulator during this important period. 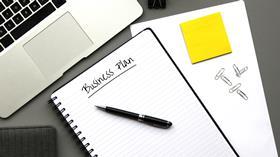 “Charles has led both boards during the UK’s transition to our new position outside the [European Union], through the vital economic response to the Covid-19 pandemic and supporting the important transition following Nikhil Rathi’s arrival as new [chief executive] of the FCA.”

During Randell’s tenure, the FCA has embarked on a multi-year transformation programme to become a more proactive, data-led regulator. The FCA has also transitioned to a new executive team, which is in the process of rolling out detailed strategies to support the FCA’s transformation.

This work influenced Randell’s timing for his departure. In his open letter to Sunak, he said: “Although this transformation is well under way, it will not be complete by the end of my term.

“As our newly established executive team begin to roll out their strategies next year to complete the transformation of the FCA, it is the right time to hand over the oversight of the rest of the transformation programme to a chair who can see it through to completion.”

While Randell served as chair, the FCA also supported the UK’s departure from the EU, assisted consumers and businesses through the pandemic and is now contributing towards ensuring that financial markets support the transition to a low carbon economy.

Randell said: “As the FCA prepares to implement its new wholesale, retail and data strategies under an established new executive, now is the right time for a new chair to carry on the close and continuous oversight of our transformation.

“Being chair of the FCA and PSR has been a great privilege.”

Prior to his chair appointment, Randell worked as a partner at law firm Slaughter and May between 1989 and 2013, specialising in corporate finance law.

He was also a member of the Bank of England’s Prudential Regulation Committee from April 2013 to March 2018 and a non-executive director and chair of the audit and risk committee at the Department for Business, Energy and Industrial Strategy between 2016 and 2018.