Solvency II requirements have ‘levelled the playing field’ between the Gibraltar and UK insurance markets, according to exclusive insight from Insurance DataLab and Insurance Times

The Gibraltarian insurance market has long been viewed as a territory with light touch regulation and less strict solvency requirements compared to markets such as the UK and continental Europe.

A string of historical insurer collapses – from Enterprise in 2016 all the way to Lamp in 2019 – has not helped to dispel this view.

But, when you take a deep dive into the figures, is Gibraltar really deserving of this reputation? Or is it an unfair and outdated view that really should be left in the past?

To help answer this question, Insurance DataLab has looked back at the past four years of solvency and underwriting data, to see just how Gibraltarian insurers compare to their UK counterparts.

This analysis, published exclusively by Insurance Times, found that since the 2017/18 financial year, the average solvency coverage ratio (SCR) for Gibraltarian insurers under Solvency II has stood at 156%. This compares to an average SCR of 175% for UK insurers.

While this appears to show a much stronger solvency position for UK-based insurers over that four-year period, this does not paint the full picture.

Indeed, the aggregate SCR for Gibraltarian insurers has been on a steady increase since 2017/18, climbing by 23 percentage points over the last four years to 2020/21 to hit 172%. The UK SCR has risen by less than five percentage points during the same reporting period.

This means that the latest aggregate SCR for Gibraltar is just six percentage points lower than the 178% aggregate SCR reported by UK-based insurers in 2020/21.

Insurance DataLab carried out an analysis of Solvency and Financial Condition Reports for all direct non-life insurers based in the UK and Gibraltar still writing new business. Aggregated positions have been calculated for each market and compared for each of the last four underwriting years.

One difference to note, however, is that across each of the four years of this analysis, no UK-based insurers have seen their SCR drop below the 100% level – this means that UK insurers have always had adequate eligible own funds to meet their solvency requirements under Solvency II. 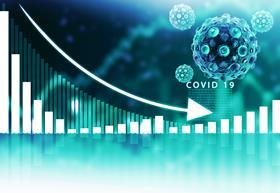 In 2019, Gibraltar-based Lamp filed for liquidation after failing to secure enough additional capital to continue trading.

In the insurer’s Solvency and Financial Condition Report (SFCR) for that year, Acasta blamed a deteriorating underwriting performance in certain lines for its weakened solvency position, but it was quick to act to rectify the situation.

The insurer took a number of remedial actions, which included exiting certain markets and increasing quota share reinsurance arrangements – where the insurer and reinsurer share premiums and losses according to a fixed percentage – as well as appointing a new outsourced insurance manager.

In addition, Acasta secured a further £5m of shareholder capital that boosted its solvency position, taking its SCR to 117% by the end of September 2018.

Since then, the insurer has continued to report an improved solvency position and its SCR reported in its 2020/21 SFCR stood at 160%.

While these cases of Gibraltarian insurers falling below the required SCR may be seen as evidence of a weaker solvency position on the Rock, deeper analysis reveals a market that is much closer to that of the UK than many may perceive.

In 2020/21, for example, the lowest Gibraltarian SCR was 132% – this is six percentage points higher than the lowest UK-based insurer’s SCR.

Meanwhile, a detailed look at the distribution of SCRs across each country’s insurers found that the first quartile SCR for Gibraltarian insurers in 2020/21 stands at 158%, compared to just 151% for UK-based insurers.

While the median (174% vs 173%) and third quartile (200% vs 192%) SCR are both higher in the UK, the bigger coverage ratios at the lower end of the market show just how much Gibraltar-based insurers have caught up to their UK counterparts.

It is true that prior to the introduction of Solvency II regulations across Europe, Gibraltarian insurers reported lower solvency positions compared to those based in the UK, but that position no longer holds true to any significant level.

Of course, the market was playing catch up for some time – as evidenced by those Gibraltarian insurers falling below solvency requirements over the last four years – but Solvency II regulations are now very much in force across Europe, including in Gibraltar, and this has levelled the playing field.

But if less stringent capital requirements are no longer the draw for insurers looking to set up in Gibraltar, why is the market still seeing an influx of new companies?

In recent years, the likes of Zego and Marshmallow have both set up underwriting arms and favoured Gibraltar over the UK. One of the reasons Gibraltar is a favoured market for these new insurtechs is simply the speed to which they can get to market in Gibraltar compared to the UK. 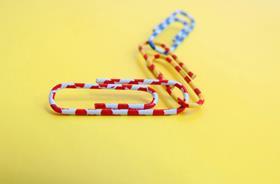 The expected time period for receiving authorisation from the Gibraltar Financial Services Commission (GFSC) stands at around three to four months after an application has been received, plus a further two months to be able to passport into the UK.

So, comparing the time taken to achieve regulated status in Gibraltar to the six to 12 months it can take in the UK - once an application has been received - it is clear to see why many modern insurtechs are turning to Gibraltar as the base for their underwriting operations.

However, the GFSC is keen to move away from the perception that it offers light touch regulation - new insurers looking to enter the market are required to hold at least €10m (£8.5m) of capital if writing mandatory or statutory business lines.

It also requires new motor insurers to have an SCR of at least 120% over the duration of the business plan submitted as part of the application to be regulated. The regulator looks favourably on access to additional capital, should it be needed, in the early days of underwriting too.

Gibraltarian insurers are also seemingly able to operate from a much lower expense base than their UK counterparts – they have reported lower expense ratios compared to UK insurers in each of the last four years.

When it comes to loss ratios, however, UK insurers have outperformed their Gibraltar counterparts in three of the last four years.

Despite this, the low expense base from which Gibraltar-situated insurers operate has meant that the aggregate combined operating ratio (COR) for Gibraltarian insurers has outperformed the UK market COR in each of the last four years.

And, as long as the Gibraltarian regulator continues to offer a fast route to regulated status and its insurers continue to outperform the UK market, Gibraltar will remain the destination of choice for many new underwriting outfits.

InsuranceDataLab.com is a new data insight service, focusing on the performance of insurers, Lloyd’s syndicates, MGAs and brokers based in the UK and Gibraltar.