Rates fall between 1% and 3% outside US 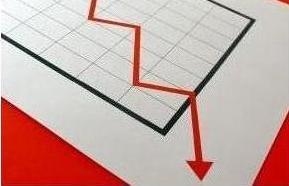 Worldwide insurance rates fell slightly in the second quarter of 2013, but rose in the US, according to a recent Marsh report.

Marsh said that rates typically fell between 1% and 3% outside the US. However, the US was the only region to buck the trend, with overall rate rises of 1.6%.

Rate increases were highest in professional liability and financial institution liability lines, which ranged from flat to a 10% increase in the quarter. Marsh clients renewing their directors’ and officers’ liability in the quarter typically saw flat to 8% increases in rate.

Some financial firms in parts of the eurozone did see liability rate increases during the second quarter, with rates up on average 10% to 20% in Italy. The same lines renewed flat to up 10% in France and Spain.

Marsh said that the reasons for generally suppressed property rates were increased competition among insurers, increased capacity, and the lack of major catastrophe losses.

Marsh US risk practices and specialties leader Dean Klisura said: “Despite rate increases in several lines of business in the US, insurers are competing aggressively for profitable business, and the market continues to experience an influx of new capacity.

“All of this is resulting in generally favourable market conditions for most clients.”