A calm and unassuming exterior belies the Miller chief executive’s ambitious nature. Graham Clarke talks about how he plans to take on the big brokers 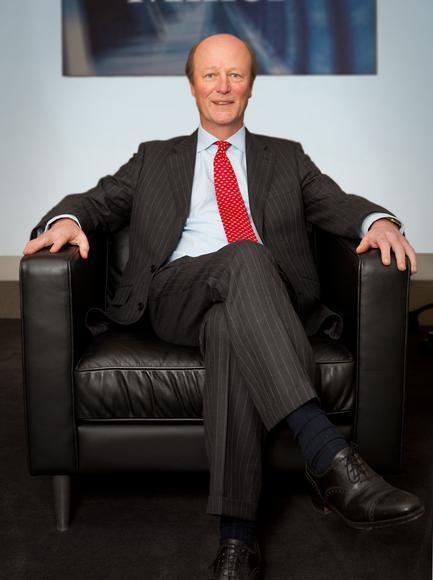 Lloyd’s broker Miller Insurance Services’ offices on London’s Jewry Street are inconspicuous and understated. The company itself generally makes little noise compared with some of its peers, participating sparingly in industry events and press commentary.

Likewise, Miller’s long-standing chief executive Graham Clarke is a businessman rather than a showman. He lacks the table-thumping evangelism of, say, Joe Plumeri or the brusque self-assuredness of Adrian Colosso. Without appearing shy or lacking in confidence, Clarke’s responses are measured and even.

This image is at odds with Miller’s ambitions. Clarke’s list of rivals does not include fellow Lloyd’s brokers such as Cooper Gay, BMS or RFIB, but the global powerhouses of Aon, Marsh, Willis and Jardine Lloyd Thompson. The company is unafraid of grabbing opportunities when it sees them, and won’t let a little thing like a global financial crisis get in the way of its growth plans.

At a time when many brokers are reporting falling revenue as a result of low insurance rates and dwindling demand, Miller’s has surged. The company’s turnover rose 14% to £76.9m ($119.3m) in the year to 30 April 2010. Profit after tax fell 10% to £5.8m, but only because the 2008/09 results were propped up by a one-off £2m gain related to the cancellation of inter-company debt.

A big focus of Miller’s growth strategy over the past two years has been reinsurance. The merger of Aon Re Global with rival reinsurance broker Benfield in 2008 has allowed Miller to bulk up its business with about 38 ex-Benfield staff.

“Under normal circumstances, you would say ‘batten down the hatches’ and ride out the storm,” Clarke says. “We told our people we were going to do that for our existing business, but that we saw really good opportunities for bringing in individuals and teams.”

Clarke estimates that staffing levels increased by between 50% and 60% overall. “At the time, everybody was thinking it was quite a brave move to be doing that when there was so much uncertainty around, but it made a significant contribution to our successful year last year.”

Miller has focused on reinsurance both because of the opportunities available and the comparatively tough conditions in the wholesale business. Given the soft market, Clarke argues that wholesale business is staying in its home markets rather than making its way to Lloyd’s. “Unless you have a specialist angle, you are wasting your time in general property/casualty business,” he says. “That is why we are putting our emphasis on reinsurance.”

Hedging against the dollar

“We employed Ken MacDonald, former chief executive of Aon Global in London, and some very senior practitioners from Aon and Marsh, to enhance our retail capability,” Clarke says. “We are targeting the FTSE 250-350 size, larger corporations in the UK and Europe, those that are likely to be risk managed and that are looking for an alternative to the major brokers.”

Clarke believes Miller’s services are better suited to firms with more complex risk needs and high expectations of service levels. It faces stiff competition from the big brokers and the large non-Lloyd’s insurers that underwrite the risks. But Clarke is convinced risk managers at UK and European corporations are craving an alternative to the status quo.

“Companies want choice and we saw a clear gap in the market for an independent specialist broker that can provide objective advice and real expertise,” Clarke says. “The major brokers and the major insurers have set their sights on this marketplace with a one-stop-shop approach. Some buyers feel, though, that their needs get lost in the crowd and are increasingly dissatisfied with commoditised offerings that can lack individual attention and creativity. We want to work with clients for whom one size doesn’t fit all.”

As well as attracting new clients, Miller also wants to continue to lure new talent to keep on growing. “We won’t buy companies,” Clarke insists. “We will grow the business out with individuals and teams. We are patient – we will employ people who we feel add value within our existing streams to help us build out those businesses. We have got a number of opportunities on the table at the moment.”

Clarke says Miller differentiates itself as a place to work by being an independent, private company run to the same standard as a listed firm. He says this involves a “significant” contribution from non-executive directors. “We can make the decisions for the long term rather than focusing on short-term quarterly results. That is very appealing to a lot of professionals.”

While Clarke views Miller as distant from the global behemoths it pits itself against, he is nonetheless concerned about getting caught up in the persistent fighting over a shrinking pool of business. “If you are a ‘have’, you are always under pressure because a ‘have not’ will always try to do something to take the business,” he says. “The pressure on fees and commissions is caused by brokers desperate for new business and prepared to work for little to get the business on the books. It does our reputation as an industry no good.”

Disservice to the industry

Another activity Clarke frowns on is brokers charging commissions to underwriters in addition to the brokerage they receive from the insurance buyer. “Brokers do themselves and the industry a huge disservice by charging contingent commissions,” he says.

He argues that the charging of contingent commissions is wrong, whether they are disclosed or not, and that they create conflicts of interest that do not benefit clients. “The clients have made it very clear through [UK and US risk management associations] Airmic and RIMS and other bodies that it is a practice they frown upon. How can we be taken seriously by clients as an industry if we ignore what they are saying to us?”

Clarke’s views on contingent commissions sum up his attitude to the business: brokers should serve the interests of the market and the rest will take care of itself.

He applies this outlook to the drive at Lloyd’s to improve the efficiency of the subscription market through electronic handling of endorsements.

“That project should create efficiency between brokers and underwriters and provide a better service to the clients,” he says. “If we focus on that rather than self-interest, I don’t think you can go far wrong.” GR