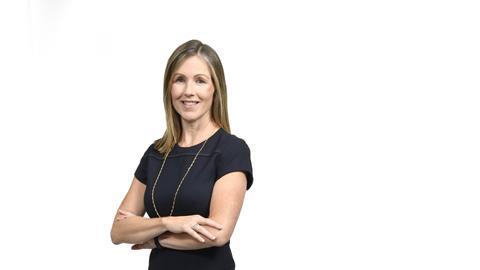 Global Reinsurance editor Samera Owusu Tutu sat down with Hamilton Re chief executive Kathleen Reardon, ahead of Hurricane Harvey and Hurricane Irma which is currently devastating the US and Caribbean – to talk resilience and the protection gap, both in the emerging and developed markets.

The US has a significant amount of underinsurance; is this down to mindset and the belief that the government will always step in as the insurer of last resort?

While in developed countries there is this entrenched entitlement that the government should play a role post-event – that they pay taxes, and that those taxes need to be put to work – I would drill down and say, underneath it all, there’s a knowledge gap. We need to raise awareness about the value added by our products, and make the whole process less complicated.

If you are a homeowner in California and your only option for earthquake insurance is to have 5% of your total insured value as your deductible, that’s pretty intimidating for some people. So the product offering must be relevant.

Now, I do think the only way we’re going to get there is to have a huge culture shift where these types of cover become commonplace, just like when we introduced seatbelts [in cars], and helmets for motorcycles. You would find it odd right now if you saw people not abiding by those laws. Perhaps, to get started, some sort of compulsory element could be included.

Also, after an event has devastated area, people lose jobs and leave the region, and [governments] lose taxpayer money. The insurance industry could first support the governments with an economic income protection, basically help them build resilience so they can bounce back and not get off track with collecting taxes.

What we don’t want to have is insurance working for the personal and commercial world, but there’s no viable government structure there to support it. It needs to be a combination, and also linked in with mitigation efforts, such as educating the consumers and the government on how to look at risk management.

That combination could be quite powerful, and ultimately shift the whole culture to an insurance-buying culture, so that when those disastrous events do happen, you can bounce back, have your resilience, and keep moving forward.

Should this be a double-barrelled approach, where everybody needs to get on board with this change immediately? Or should the industry be targeting the government first to ensure that they have adequate facilities to be that ‘insurer of last resort’ while the education takes place?

The insurance industry in general has lagged behind population growth and housing growth. The gap between the economic loss and the insured loss is growing far beyond any normal GDP inflation figure as populations shift more towards high flood zones, or coastal. Then there’s Climate change influencing the probability of losses. The insurance industry itself has to take a lot of the blame. We are not keeping pace with the changes in the world.

But if we had access to better data, we would be more able to offer relevant products more quickly. The government is a perfect place to get really good data, so perhaps PPP is the best setup for this.

If you go alone, you seem as maybe you’re just there for profit, and you have your own agenda. But if you go in as an industry, with some factual information about the rising climate change effects on flooding for example, it’s much more powerful, and there’s this cross-industry pollination of ideas between what the government knows, what the insurance industry knows, the data we have, and the data they have.

So do we go to consumers first or government first? I think we go in together through a PPP, and it’ll be that much more powerful.