The first review of the UK’s personal injury discount rate under the new statutory process set out in 2018 has adjusted the rate from -0.75% to -0.25%

The UK government has announced the outcome of the first discount rate review under the new methodology provided for in the Civil Liability Act 2018. 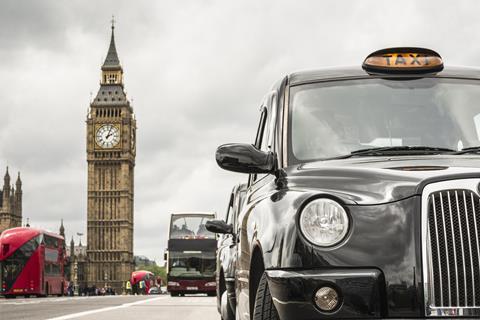 The Lord Chancellor revealed the so-called “Ogden rate”, applicable to personal injury lump sum compensation payments, would be reset from -0.75% to -0.25%.

The revised rate comes into force on 5 August 2019.

Comments from the insurance market have shown disappointment at the new rate change.

This is the first rate change since former Lord Chancellor Liz Truss announced she would review it in December 2016, then taking the shock decision in February 2017 to change it from +2.5% to -0.75%, with a promise of further consultation.

The consultation process produced the new procedure for setting the rate, which was incorporated within the Civil Liability Act 2018, providing rate review at least every five years.

“The Lloyd’s market is very disappointed with the result,” said David Powell, head of non-marine underwriting at the Lloyd’s Market Association (LMA).

“Whilst the change is positive for compensators, such a small movement that retains a negative rate is a severe disappointment and well below the level underwriters were expecting.”

The new rate will sustain the vast majority of reserving costs that were imposed on the insurance industry when the rate was previously changed in 2017, the LMA observed.

“The highly competitive nature of our industry means that reductions in costs will quickly influence premiums. However, this positive but small change is unlikely to lead to substantial price reductions for policyholders,” Powell said.

“We await further information from the Lord Chancellor so that we can understand the reasoning in more detail and the statutory impact assessment should make interesting reading,” he continued.

“We are surmising that the Government Actuary has given a very negative view on the wider economic factors that are assessed as part of the new rate-setting mechanism,” said Powell.

“The Lord Chancellor’s statement also makes reference to a future consultation to explore setting a dual rate, which we have long advocated,” he continued.

“We will await this consultation with interest, as this route may be the only prospect in the short-term that could provide some relief to motor and casualty insurance customers now facing sustained pressure on premiums,” Powell added.

The change was described by Fitch Ratings as “a small one-off negative for the country’s motor insurers”, relating only to insurance contracts already issued.

For contracts issued or renewed after today’s announcement, insurers should quickly be able to update their pricing to reflect the new Ogden rate, according to Fitch.

“It will mean slightly higher payouts on bodily injury claims, forcing many insurers to increase their reserves for settling claims. This will cause a small hit to earnings, which we expect insurers to quantify when they announce their 1H19 results in August,” the ratings agency said.

The market had anticipated a new Ogden rate of “0% or more”, according to Fitch, noting that many insurers had set their reserves on this basis.

“Relative to an anticipated 0% Ogden rate, we estimate that the one-off earnings impact of the negative 0.25% rate will be no more than a few tens of millions of pounds for each insurer,” said Fitch.

“This is not enough to affect ratings, but adds to the earnings pressure that motor insurers are facing from rising claim costs (particularly from vehicle theft), pricing competition and regulatory scrutiny,” the ratings firm added.

Rival rating agency Moody’s Investors Service responded about the impact of the move on insurers, concurring about the level the market had expected.

“This falls short of motor insurers’ expectations of a rate between 0%-1% and is credit negative,” said Helena Kingsley-Tomkins, an analyst at Moody’s.

“The less-than-expected increase will pressure earnings unless the sector can increase prices sufficiently to offset the future claims impact. The impact will vary by insurers, but those currently using discount rates above -0.25%, including Direct Line and Admiral, will face a one-off hit to earnings as they re-estimate up prior year claims reserves,” added Kingsley-Tomkins.

“This news has wiped the smile off the face of the many insurance actuaries still celebrating England’s cricket win yesterday. Minus 0.25% is a poor result,” said Kate Duffy, partner with global law firm Clyde & Co.

“Yes, it’s better than the proposed -0.75%, but it remains woefully inadequate. From the industry’s perspective, it tips the odds too much in favour of claimants at the expense of insurance-buying motorists and businesses, who will inevitably have to dig deeper for insurance costs,” Duffy warned.

“The decision will be seen as hugely disappointing by insurers,” said Charles Ashmore, head of catastrophic injury at DWF.

He suggested the result was not a surprise, referring to Scotland’s Damages Act for investment returns and periodical payments, enacted in April this year.

“Whilst it may not be a complete surprise in light of developments in Scotland during the passage of the Damages Act 2019 where the predicted rate has been in the region of minus 0.25%, it will be considered to be at the very lowest end of expectations and at a level which many believe will still result in overcompensation to claimants,” said Ashmore.

He also raised the prospect of a dual rate in future.

“A dual rate was apparently considered but ruled out at this stage due to insufficient evidence, though it has not been ruled out in future and there will be further consultation,” Ashmore said.

“The indications are that the next review will take place ‘within 5 years’ so for the immediately foreseeable future all parties have certainty, even if they do not currently have the multipliers available – new versions of the Ogden tables will no doubt be available shortly,” he added.