Aon points to rising populism and terrorism risks in Europe

A surge in support for populist politicians and an uptick in the number of attacks by far-right terrorists have created an increasingly complex risk environment for firms, according to re/insurance broker Aon 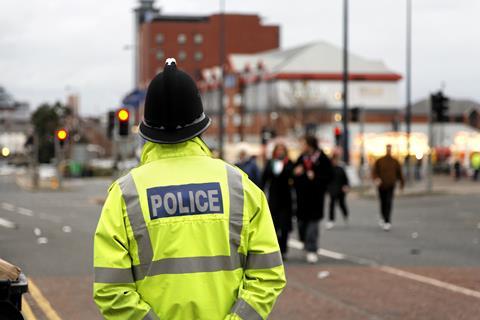 The insurance broker said an increase in Islamist and far-right terrorism risk put greater focus on security for employees and protecting property.

An ongoing populist shift in the political landscape could threaten supply chains as politicians pursue protectionist policies, the broker warned.

Increasingly, Aon said, terrorists are targeting public spaces and big groups of people, creating a significant risk for firms in the entertainment business.

“Reactionary populism in the political mainstream in several countries has given extremist fringes a sense of opportunity upon which to mobilise violent protests and intimidation around divisive political themes,” said Henry Wilkinson, head of intelligence and analysis at the Risk Advisory Group, which helped with Aon’s study.

“Far right terrorism remains a largely disorganised but growing threat,” he said, warning that businesses in Europe should not be complacent about violent risks in traditionally stable markets.

The report recorded 16 terrorist plots against sports and entertainment venues across the world last year. Fortunately, none succeeded.

Aon said that all but two of the plots were hatched by jihadists and their supporters. A far right cell and an individual with shady but unclear motives were responsible for the others.

Most would-be attackers planned to use bombs, often in combination with other weapons; one of the plots involved releasing a “toxic substance”, Aon said.

However, it was not just property, staff and punters that were at risk during 2018. The supply chains that underpin the very fabric of business also came under strain.

Aon warned that populism was no longer just a fringe issue in Europe. It said that a third of countries across the continent now had populist parties in government. Across the 33 European countries, populist candidates performed well at the ballot box, collecting more than a fifth of votes on average in 2018.

Where populist policies lead to greater barriers to trade, this has increased the prospect of politically-motivated moves to frustrate established contracts, while forcing firms to consider their international supply chains as tariffs and trade barriers rise, Aon warned.

One of the central tenets of the populist movement is an anti-immigrant sentiment that has dominated headlines across the globe. That, Aon says, is likely to fuel further far-right terrorism and social tensions.

And it’s not just firms doing business in Europe that are suffering. Aon said risks were also apparent for European firms operating globally, with regions such as sub-Saharan Africa and Latin America particularly exposed to government interventions that can impact the ability of a firm to invest and trade internationally.

“A rise in populism, amid a general dissatisfaction with the traditional political class, has increased the risk of disruptive policies in many countries, weighing negatively in their economic prospects,” said Paulina Argudin, a director at Continuum Economics, which also helped with the study.

“Populist policies can exacerbate political risk by increasing fiscal imbalances and inflation as well as rising the odds of state intervention.”