The skies are safer, but risks and claims are on the rise for insurers of the aviation business, finds a study from Allianz Global Corporate and Specialty (AGCS) and Embry-Riddle University. 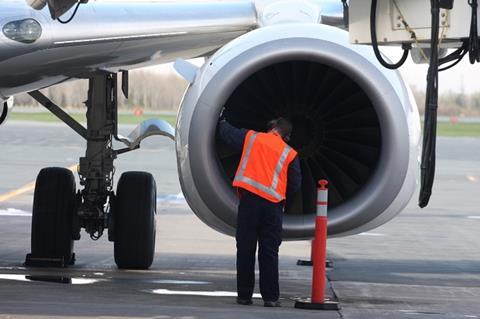 Fewer fatal accidents are occurring, but there is a growing number of costly claims for the aviation industry and insurers from collisions, groundings and aircraft repairs, according to the report.

The long-term improvement in aviation’s risk management record is challenged by increased insurance risks, according to the “Aviation Risk 2020: Safety And The State of The Nation” report.

Collision and crash incidents are the leading cause of loss for insurers, followed by faulty workmanship and machinery breakdown, its analysis of 50,000 aviation insurance claims shows.

Bird strikes were a notable cause of loss: there are almost 15,000 reported wildlife collisions in the US alone a year; the average claim costs for bird strikes stands at $360,000, according to the AGCS study.

“Thankfully, fatal air accidents involving the modern generation of commercial aircraft are now infrequent and the past few years have been among the safest ones in aviation history,” says Tom Fadden, global head of aviation at AGCS.

“However, the headline improvements in safety shouldn’t lull the aviation industry into a false sense of security,” Fadden said.

“The sheer volume and magnitude of aviation losses is often underestimated – at any time Allianz alone will handle thousands of claims and be it grounding incidents or collisions with drones – there are also many new risks on the horizon which airlines, manufacturers and airports have to prepare for,” he added.

The values at stake in the aviation sector have risen, adding to safety overall but also increasing the stakes when components are damaged or destroyed, the report emphasised.

US plaintiff attorneys seeking higher awards. With potential awards per passenger in the millions of dollars, a major aviation crash could result in a liability loss of $1bn in future, according to the study.

“The volume of claims is also a reflection of growth in air transport, with increased passenger numbers and more congested airports, as well as growing demands on airlines, manufacturers and ground services,” he said.

Modern aircraft with sophisticated engines and built with light carbon materials can be more expensive to repair, contributing to more expensive claims.

The increasing complexity of aircraft design, technology and manufacturing is also leading to more costly grounding incidents, involving entire fleets, AGCS noted, as in the case of the redesigned Boeing 737 Max, which remains grounded following two fatal crashes within five months in 2018 and 2019.

“Such incidents highlight the challenge in finding technical solutions to complex problems, which increases the time it takes to get grounded aircraft back into operation,” Warfel said.

“Civil aviation and airline safety authorities have grown increasingly cautious and rightly so. However, this will likely result in more, and longer, groundings of aircraft in the future,” he added.

The report also highlights that a range of new risk scenarios are emerging.

For example, the projected demand for around 800,000 new pilots over the next 20 years – double the current workforce – brings challenges in recruitment and training, particularly for flight schools.

Meanwhile, questions continue to be raised about pilots’ overreliance on aircraft automation systems. Recent accidents highlight that pilots need to be better prepared to be able to take manual corrective actions in event of technical malfunction.

Incidences of turbulence are predicted to increase in future due to climate change with the North Atlantic flight passageway anticipated to see the greatest increase.

Thousands of flights cross the Atlantic every day. Extreme turbulence can cause structural damage to aircraft, which can cost millions of dollars.

The growing number of drones in the skies and cyber risks such as hacker attacks, systems outages and data breaches are also expected to have a significant impact on the aviation loss landscape in future.

Accidents on the ground remain problematic and could exacerbate, according to AGCS, warning that airport infrastructure has not kept pace with the rapid growth in passenger and aircraft numbers.

Most of the world’s busiest airports will likely see capacity issues within ten years.

“Ground congestion is not only cause for concern on the basis of delays, but also for safety as well. Crowded servicing areas and aprons are resulting in more collisions and ramp accidents, the report notes,” the study added.