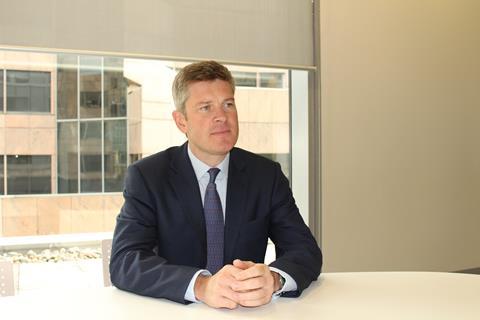 Beazley has appointed Will Roscoe as the head of its ‘smart tracker’ special purpose syndicate 5623 at Lloyd’s.

The syndicate focuses on writing selected market facilities on a follow basis with operational efficiency and rigorous underwriting at its core, according to Beazley.

After two years he moved to Atlanta, Georgia, to lead the excess & surplus lines property team before returning to London in 2015 to lead broker relations for the UK and Europe.

Set up in 2018, Beazley said its smart tracker syndicate provides investors with the opportunity to track Lloyd’s market business while providing returns that aim to be less volatile and consistently above the Lloyd’s average.

Roscoe will be responsible for setting the syndicate’s growth strategy, underwriting the portfolio and working closely with brokers to create new facilities, the London market specialty re/insurer said.

Roscoe commented: “I am excited to take on this new role and look forward to building on the momentum we’ve seen since launching Beazley’s smart tracker in 2018.

“We have written more than $50m in gross premium so far this year, and we have ambitious growth plans,” he said.

Beazley’s CUO Cox added: “Will has been closely involved in the development of the smart tracker and brings a deep knowledge of the London insurance market.

“His appointment will enable us to develop the syndicate’s role as a source of attractive low volatility investment opportunities for third-party capital.”