Intensifying re/insurance relationships between Africa’s growing economies and the London market were the focus of an event held at Lloyd’s yesterday.

“The aim is to get closer to reinsurance buyers and local reinsurers in these four regions,” said Udai Patel, managing director of re/insurance broker Afro-Asian Insurance Services.

Transforming economies and strong GDP growth were cited by speakers as drivers for re/insurance growth.

“The whole of Africa is undergoing a transformation. Africa is still under-developed. Insurance penetration levels are very low by global standards,” said Exhilda Lumbwe, CEO of Prima Reinsurance in Zambia.

Amid all the optimism, the leading topic at the event’s Q&A session was concern at China’s “onslaught” into African economies. 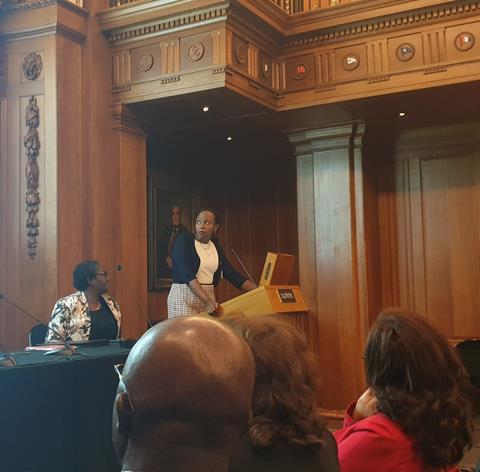 “Chinese companies are very active across the whole continent and we’re still trying to figure out the impact on industry.” said Hope Murera (pictured, right), CEO of Zep Re in Kenya.

“This onslaught is potentially dangerous [for Africa’s local re/insurance markets]. We will have to fight it, together,” she said.

Africa’s economy has a huge deficit of infrastructure spending required to fulfil its growth prospects, but falls short each year.

The insurance business associated with big infrastructure projects is largely going to China, with the consent of Africa’s grateful governments.

African governments are prepared to sacrifice insurance in exchange for infrastructure, one audience member complained.

“That happens at the contract stage, saying the insurance and reinsurance is to be bought in China,” said Murera.

Afro-Asian’s Patel emphasised that the problem is often a lack of knowledge or consideration for insurance at the government ministries responsible for drawing up projects with Chinese investors.

“You have to explain to them the value of involving your own industry when assigning these contracts, rather than handing everything over to the investors, just because government wants that investment,” Patel said.

Protectionist rules for ceding business abroad can be seen as a barrier for international insurers, but Edirin Aghoghovbia, deputy managing director for Africa Re in Lagos, emphasised the opportunities.

“The same sentiment is expressed across West Africa across almost every country they have some form of similar local regulations,” he told the Lloyd’s event.

Retentions among those local market players are limited by capacity available, he stressed, so opportunities abound.

“Local players need the support of this market, but they would like to keep a share of the business,” he said.

Nowhere is Africa’s protection gap starker, however, than for its natural catastrophe risks.

An audience member noted that the bulk of Africa’s economy is agricultural.

“That’s the reason for the protection gap”, they said, adding that “for the type of risks we’re talking about , such as oil and gas business, there is no capacity problem there”. 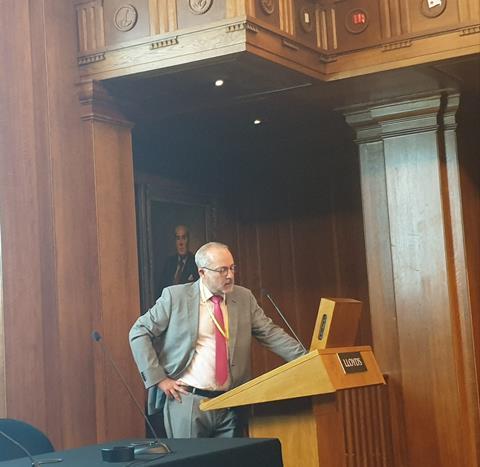 “We need to design a French policy if Lloyd’s wants to target Magreb and West Africa,” he added.

“In some ways Africa has leapfrogged other economies,” she said.

“Banks are not focused on setting up more branches because in recent years Africa has advanced far in mobile telephony and money transfers,” she added.