Guy Carpenter announces a slew of senior appointments across its leadership team, amid some senior exits from acquired rival reinsurance broker JLT Re 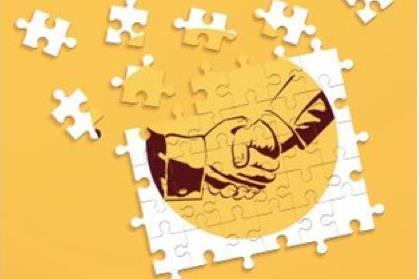 Guy Carpenter has announced a bunch of reshuffled senior appointments, amid some JLT Re exits, following its acquisition of the rival reinsurance broker.

The senior leadership appointments started with Kevin Fisher, who has been appointed as chairman of London North America business, in addition to his previously announced role as chairman of UK and global specialties.

The reinsurance broker said Carter would work closely with David Priebe, vice chairman of Guy Carpenter and head of its Global Capital Solutions arm, which has grown in stature.

A new senior leadership group has been formed and tasked with the integration of JLT Re clients and colleagues, production of new business and working with existing clients affected by the merger.

This group consists of Roberto Cauldron, Pedro Farme, Erik Lakatos and Anthony Mirabal “in the interim” (suggesting its composition may change), reporting to the CEO of its international business, James Nash.

“Our focus throughout the integration is building a structure that allows our firm and our colleagues to deliver the full value of the combined organization to clients,” said Guy Carpenter president and CEO Peter Hearn commented.

“We are confident that we have the right structure, leaders and teams in place to deliver on Guy Carpenter’s commitment to its clients: to identify opportunity in risk that will drive profitable growth,” Hearn added.

Several senior JLT Re executives and more senior brokers in London have already reportedly headed for the exits, with some job appointments already announced by rival intermediaries.

Keith Harrison, JLT Re’s CEO for UK and Europe, has reportedly left, despite being lined up to take up a senior Guy Carpenter role, running the London division of its North America business.

BMS has appointed Pete Chandler as president of its US reinsurance operations. Chandler was previously deputy CEO of JLT Re, responsible for its North American business.

Smaller rival re/insurance broker Beach has taken on at least two former JLT Re senior brokers, according to an Insurance Insider report.

Ross Howard, vice chairman of Guy Carpenter, plans to retire later this year, after more than four decades in the reinsurance business.

In the interim he will continue to support the company’s integration efforts and ensure the combined business delivers maximum value.

Hearn said: “I would like to thank Ross Howard for his partnership during the integration process, his advocacy for colleagues and clients across the organization and his contribution to the reinsurance industry over the past 42 years.”

Within Guy Carpenter’s Global Specialties business, James Boyce continues as CEO, reporting to Hearn, while Bradley Maltese has taken up his recently appointed role as vice chairman, reporting to Boyce.

Each Global Specialties segment will have a leader reporting to Boyce, as well as a senior leadership team “responsible for advancing the business and the integration of clients and colleagues”, the broker said.

Of these, marine and energy will continue to be led by Jim Summers. The senior leadership team will be comprised of: Graham Devlin, Nick Jay and Martin Stephenson

Aviation and aerospace will continue to be led by Ian Wrigglesworth. The senior leadership will be comprised of: Graham Barden, Paul Smith, Barry Stiff and Martin Stoney

James Nash will continue in his role as CEO of the broker’s international business, reporting to Hearn.

Morley will lead the global casualty business, Kerton will focus on the London market plus South Africa, and Jonathan Fahie has been appointed chief operating officer for the unit.