How do I know if this is the next Lemonade… or just a lemon?

Insurers and insurtech startups around the world are in search of the next insurtech silver bullet, but how can you assess which ones might succeed? 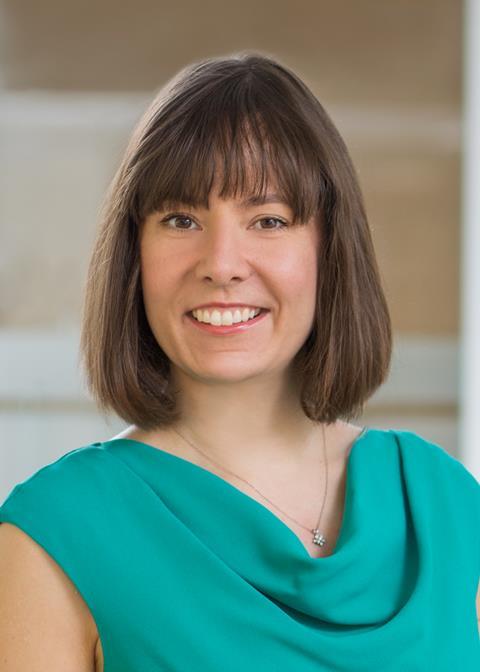 The term ‘insurtech’ can cover any innovative application of technology and connectivity in the insurance ecosystem, so the relevant factors driving success of such a venture are myriad and will vary from case to case.

From our experience assisting the parties to insurtech ventures, however, one common theme appears in all successful efforts: early and continuous cooperation between the parties—both the insurers and tech companies, as well as their lawyers and actuaries.

By now, most major re/insurers have made some kind of foray into the insurtech world, whether through setting up a digital innovation lab, entering into an AI underwriting partnership, having a division that identifies and invests in insurtech companies, or simply underwriting insurtech products, such as ‘on-demand’ insurance sold via a mobile phone app.

So, insurers should also have a clear idea of what they are looking for when it comes to insurtech and try to focus on identifying tech startups (or maybe not startups) that fit with their goals. Each time an insurer identifies a potential new insurtech opportunity, they should consider a similar checklist to conduct due diligence on the other party, such as:

Are the individuals credible? What is their background/reputation in the industry? Have they done other similar ventures before – and did these succeed, why or why not? Are they familiar with the insurance industry at all, or are they a tech company that happens to have found a unique solution to an insurance problem? What are they looking for – investors? An insurance company to underwrite their unique product? Selling or licensing their technology to improve an underwriting or claims process? Do they have funding yet, and if so, who are their investors and am I prepared to work with them?

The vetting is not all one way, of course. Tech companies should be asking similar questions of insurers – what is this insurer really looking to do in the insurtech space? Have they done anything else yet and what did that look like? Am I looking for a long-term partnership with them, to help grow my company and work on other ideas together? Which leads us to…

Deciding on a relationship

Some insurers and tech companies may find that an exclusive partnership best supports their goals. This allows parties the space to work freely without worrying that the other party is working with their competitors on the same or similar idea. The downside, of course, is that the parties are then limited to working with each other, when they may subsequently wish to expand their businesses beyond what the other party has to offer.

Most importantly, however, the parties must trust each other, agree on a common goal, and work together in a collaborative fashion, involving their lawyers and actuaries from an early stage in order to ensure success. If there are legal obstacles to implementing a new idea, it is best if these are identified as soon as possible, while there is still space to change things without incurring a significant cost. The legal and regulatory burden for bringing the product to market successfully should be shared by the parties, to the extent this is practical in a particular case.

Whether, or when, to approach a regulator with an innovative idea is a key consideration for any insurtech venture. Often, an insurtech proposition will not fit squarely into existing regulatory frameworks, and insurers and tech companies must conduct a cost/benefit analysis to determine whether the deviation is significant enough to merit seeking a regulatory clearance. Perhaps there are small changes that can be made which would bring a program into compliance without necessitating the need for a regulator visit.

If the parties do decide on a regulator visit, then it is important to know which regulator(s) to visit. If in the US, do you seek clearance from the state where the tech company is headquartered? Where the insurer is domiciled? Where most of the customers will be? All of the above? And who to visit first? The answers to these questions will depend on multiple factors, from the willingness of the regulator(s) in question to entertain such meetings, to their regulatory approach towards similar programs, and the parties’ relationships with the regulators.

Preparation is key – both preparing the regulators for the purpose of your visit, and coming in with a plan to answer their questions. Consult with your lawyers and know the laws – do they explicitly prevent what you want to do, so you are likely to be met with a flat no? If so, is a visit worth it when the regulator will simply say that their hands are tied? Are you coming in to propose a new regulation? Will the regulators be likely to support it – what have they said about this issue in the past?

As always, cooperation between the insurer and tech company is vital in order to leverage regulatory relationships and to present a clear picture of the proposal and each party’s role in it.

Another consideration is whether to try out your proposal in a so-called regulatory sandbox. Some countries such as Bermuda and the UK have implemented sandboxes for insurtech (and fintech) companies to trial new ideas in a safe environment without being subject to the full panoply of regulation. Whether to use such a sandbox will really depend on individual cases – what is that sandbox for, and would it be useful for the particular product? How does the regulator treat the sandbox and the players in it?

In the US, despite attempts by a few states to introduce sandbox laws, all such attempts have failed, and no official regulatory sandbox exists today—except in Arizona, which has a sandbox for fintech but not insurtech.

Indeed, while the US Department of Treasury has encouraged the federal government to establish a national fintech sandbox, insurance, unlike banking, remains largely regulated at the state level and is dependent upon state regulators and/or legislators to act in order to develop an insurtech sandbox. Some states are opposed to the idea. For example, New York Department of Financial Services Superintendent Maria Vullo has made no secret of her opposition to the concept of regulatory sandboxes, saying at a recent speech to the Exchequer Club in Washington, DC:

“A sandbox is where toddlers play. Adults play by rules and if you engage in banking activities, that means you are responsibly regulated in order to protect the customers. Period.”

So what if the laws do not support what you want to do, but you are convinced you have a great idea? Are you willing to invest the time and effort to develop – and lobby for – a new law that will permit your idea? Are you likely to find legislators who will support you? Consider the US – will you have to change the laws of every state if you are looking to launch a national product, or just a few states? Are there lesser alternatives that could be equally successful? Legal advice is key here.

When the parties are ready to launch, the final step is deciding where to do that. If in the US, do you want to go live in the whole country at once? Or maybe the parties have decided it is best to limit the program initially to one or two key states where the idea will work within the regulatory framework, and then slowly roll it out to the rest of the US as they (hopefully!) encounter success in each state – pausing, if necessary to seek regulatory clearance before moving onto the next state.

And finally, keep in mind that most insurtech ventures are an iterative process. The idea is likely to change, perhaps with great frequency, as the program crystalizes. Flexibility is important, but so is keeping in mind that every time your idea changes, the legal advice may change too. Don’t forget to call your lawyers before you hit the button for the final launch.