Japan’s Typhoon Hagibis to cost insured losses of $8-16bn, according to AIR 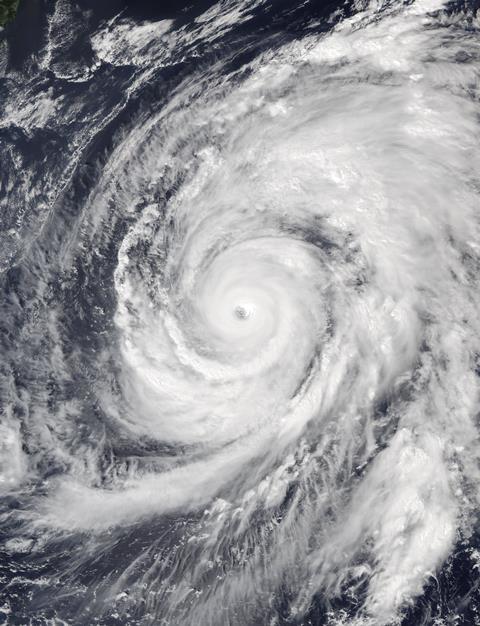 Typhoon Hagibis will cost insurers between JPY 865 bn and JPY 1,730 bn ($8-16bn), according to an AIR Worldwide estimate.

The catastrophe risk modeller provided its view on the storm, which made landfall in Japan on 12 October.

More than half of the losses would come from inland flooding, the cat risk modeller said.

According to AIR, Typhoon Hagibis made landfall with 1-minute sustained wind speeds of about 145 km/h (90 mph), equivalent to a Category 1 hurricane, on the Japanese island of Honshu on Saturday 12 October, near Shizuoka on the Izu Peninsula.

The storm delivered high winds and record-breaking precipitation to a large portion of Honshu from Mie Prefecture in the west to Iwate in the north.

Storm surge raised sea levels by more than 1 meter above mean sea level along parts of the coast.

A wide swath of Honshu just outside the Tokyo metro area received between 250mm and more than 500mm (10 and 20+ inches) of rain.

Rainfall in the resort town of Hakone, where 939.5 mm (37 inches) of precipitation was recorded, broke the calendar-day rainfall record for all of Japan.

Hakone’s rainfall represents the second-heaviest 24-hour rainfall ever recorded in Japan—25 inches (635 mm) of the 37 inches fell in just 12 hours.

Many regions received between 30% and 40% of their yearly rainfall in just two days, with more than 100 stations breaking daily rainfall records at those locations.

Many rivers, including the Abukuma, Arakawa, Chikuma, Kuji, Naka, Shinano, Tone, and Watarase among them, experienced severe and devastating flooding as a result of the unprecedented rainfall in Honshu.

According to AIR, of the ~540 river gauging stations on Honshu island, more than 85 exceeded their 100-year return period peak flows, with more than 100 exceeding their historical records.

Shortly before Hagibis made landfall, a magnitude 5.7 earthquake also struck the region, parts of which were in the early stages of recovery from Typhoon Faxai, which struck just one month prior.

Much of central and eastern Japan experienced severe flooding and landslides; power outages and travel disruption were widespread.

Because of the intense rainfall within a short time period, much of the floodwater has a high mud content and includes a large amount of debris.

AIR warned that this could potentially increase the costs of repair and cleanup and drive up business interruption losses, especially for commercial and industrial properties.

Hagibis impacted some of the same region damaged by Typhoon Faxai a few weeks earlier. Additional damage caused by Hagibis to properties that were damaged by Faxai but were not repaired is expected to further complicate some claims settlements.

The estimate does not include landslide, losses from tornado or earthquake, losses to land or to infrastructure, losses to CAR/EAR, marine hull, or marine cargo lines of business, business interruption losses, loss adjustment expenses, and demand surge – i.e. increased costs of materials and services after a cat event.