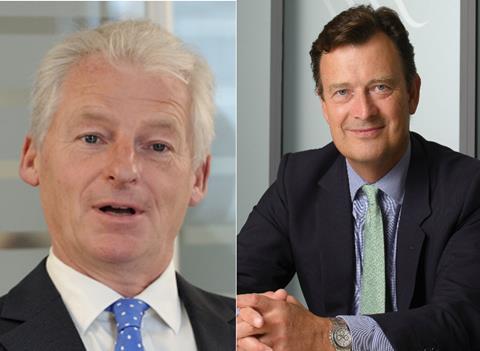 The London and International Insurance Brokers’ Association (LIIBA) has announced the appointments of James Masterton and David Pexton to its board of directors.

Masterton (pictured right) is the chief executive officer (CEO) of Price Forbes and Partners, part of the Ardonagh Group of companies, while Pexton (pictured left) is CEO of Lonmar Global Risks.

Masterton began his career in 1983 in London at Sedgwick, joining as a broker of property programs for North American corporations.

He later became a director of Sedgwick North America before moving to Prentis Donegan, where he led the combined non-marine groups for the merged Price Forbes and Prentic Donegan & Partners.

With over 30 years’ experience, Pexton has been on the board of Lonmar for 14 years and was managing director of the international and agency division before taking on the role of CEO.

Previous to Lonmar, he was managing director of SBJ International Insurance Brokers and before this worked as a director at Arthur J Gallagher International.

“In James and David, we have two senior executives with immense experience of the Lloyd’s and international insurance markets,” said Christopher Croft, CEO of LIIBA.

“They are two major figures from our independent wholesale community – whose voice must be represented in our work,” he explained.

“Their presence on the LIIBA board will be a huge asset during what is a turbulent period for both the market and UK commerce as a whole.”