The challenging macro-economic landscape will be a net positive for both risk carriers and volatility takers.

This is according to SCOR chief executive Laurent Rousseau, speaking during the global reinsurer’s press briefing at RVS 2022 in Monte Carlo.

There has been a shift in monetary policy on the part of the central banks and this is making capital feel a lot more exposed, which is also relevant from a ’natural capital’ and ‘human capital’ point of view. 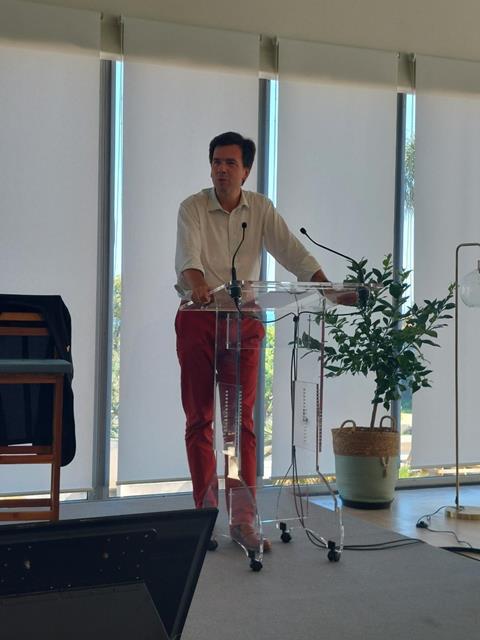 The price (for cat) must be right

SCOR is a risk taker, not a risk trader, he insisted. The fact the reinsurer retains much of the risk (rather than ceding it onto the retrocession market ‘via the backdoor’) shapes the reinsurer’s approach.

”The nature of a reinsurer is to be there in times of volatility, when the wind is blowing, the pandemic is around and inflation is all over,” he said.

When asked whether the negative watch from Fitch Ratings (announced in May) would shape its approach to property catastrophe risk going forward, he noted the rating agency was one of many stakeholders and that SCOR had already taken steps to reduce its exposure to catastrophic perils.

”If we reduce our catastrophe exposure [further] it is due to our view that the price is inadequate,” said Jean-Paul Conoscente, chief executive of SCOR Global P&C. “Our risk appetite is very much linked to price adequacy.”

At a time when many reinsurers are pulling back from property catastrophe business and diversifying into excess and surplus specialty lines, SCOR is clear about its identity though.

“We are not looking to become an insurer tomorrow if the cycle changes,” Conoscente said. “We are a reinsurer and this is a key part of how we are regarded - that we will be there tomorrow regardless of the reinsurance cycle.

Three main factors have created the market conditions of today and how SCOR is viewing the risk environment.

First is the frequent and severity of natural catastrophes, which ’has tremendously increased’, explained Rousseau. “This has forced us to question our funamental view of the risk - has it changed?”

The second is the pandemic and how it exposed correlations between the life and P&C side of the business that had hitherto been underappreciated.

“We had modelled pandemic and extreme mortality but has missed the correlation between life and P&C, and COVID was more of a P&C event because of the BI element,” said Rousseau. “That correlation has been missed by the industry.”

Third is the increasingly challenging macroeconomic environment. ”2022 was supposed to be the year we would exit the crisis, but little did we know.”

“The implication of these three headwinds means increased demand for providers of capital and reinsurance… the market is really shifting,” added Rousseau.

He is anticipating a funamental correction for the reinsurance industry, in the same way the insurance market hardened in 2017, describing it as a ’real turning point, when underwriters are prepared to walk away from business’.

“We are going to see a tipping point and acceleration of reinsurance hardening,” he said.

Conoscente said his mindset was ‘bullish’.

“Demand for reinsurance is strong,” he said. ”And everyone realises that reinsurers have not made an adequate return on capital over the last five years and that needs to change. We intend to be one of the drivers of that change.”