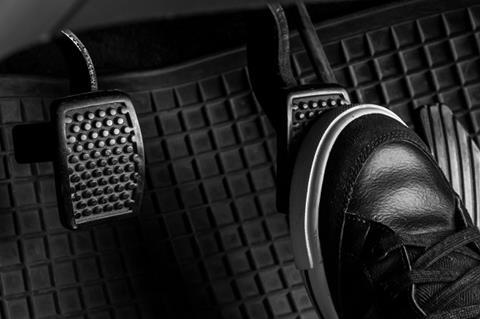 Fitch Ratings expects a decline in the underwriting profitability of UK non-life insurance companies in 2020.

The ratings agency has a negative outlook on the UK non-life company market for the coming year.

For household insurance, Fitch forecasted a combined ratio close to 100%, i.e. breakeven, in 2020.

The ratings firm expects pricing to stay weak, as new market entrants and the increasing use of price comparison websites drive insurers to compete ever more strongly on price.

Motor in the red

“It is difficult for insurers to put up prices without losing business as the market is crowded and motor insurance is highly price-sensitive,” Fitch said.

“Vehicle repair costs have increased significantly in recent years, driven by the weak pound, higher labour costs and the complexity of repairing vehicles equipped with increasingly expensive technology. A surge in car theft, linked to hacking of keyless cars, has also contributed to the rise in claim costs.” 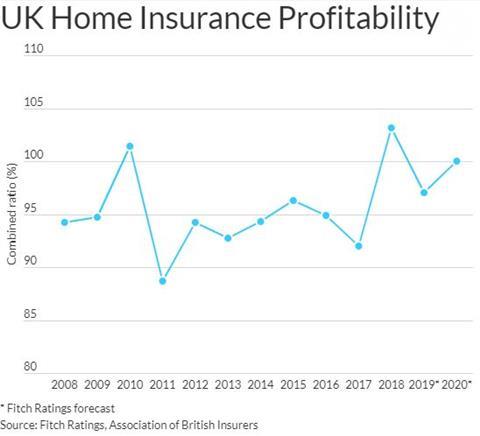 Pressure on home and motor insurers’ profitability could be exacerbated by regulatory intervention to tackle high prices being charged to customers who do not shop around for the best deal, Fitch said.

The Financial Conduct Authority (FCA) is considering imposing limits on price rises for renewing customers and restricting or even banning auto-renewals.

“Such measures could have a negative impact on profitability as insurers update their premium rates for long-standing customers accordingly, but we think they would seek to offset this by pushing up prices for newer customers,” Fitch said.

Several of the largest home insurers rely on auto-renewals for a large proportion of their profit, with auto-renewing customers often being charged more than new customers, the ratings firm said.

“If auto-renewals are restricted or banned, these companies could lose business to more agile insurers that are able to offer a better price.

“Motor insurers are likely to be less affected given their lower reliance on auto-renewals and the smaller gap between renewal and new business prices.

“However, they could be affected if the FCA decides to limit the sale of add-ons, such as breakdown cover, which are an important component of their overall profitability,” Fitch added.

In contrast to the UK non-life market, the London market, centred on Lloyd’s, has a stable sector outlook for 2020 from Fitch.

That stable outlook reflects Fitch’s view that the challenges of rising claim costs and low investment yields will be counterbalanced by improved underwriting and pricing discipline.

“This follows a market-wide profitability review initiated by Lloyd’s in 1H18 and now incorporated into the market’s annual planning process,” Fitch said.

“Despite the challenging market conditions, our rating outlook for both the UK non-life company market and London market is stable, indicating that we expect the majority of ratings to be unchanged over the next two years. This reflects the resilience of rated insurers’ credit profiles given their strong capitalisation and well-diversified business profiles,” the ratings firm added.