How financial technology will disrupt the insurance market 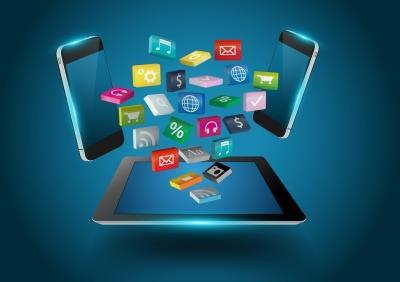 In the 17th century, Edward Lloyd’s Coffee House was the forum where prospective policyholder merchants could meet underwriters in person to purchase bespoke insurance cover direct. Since this time the insurance market has gradually developed into one where product sales are largely agency driven and the broker-insurer relationship is the predominant distribution model for the majority of lines and insureds.

The routes to market for insurance companies, particularly in the retail sector, has been refined over the course of the late 20th century and early part of this century, for example with door-to-door sales typified by ’the man from the Pru’, by telephone sales introduced by Direct Line and, more recently, in the form of price comparison websites which entered the market at the start of the 21st century with great success.

Now FinTech (financial technology) manifesting itself in the form of the internet of things, big data and telematics is again disrupting the status quo. FinTech is having a disintermediating effect for retail customers, opening up the possibility of a more direct relationship between insurers and customers and product development and risk pricing at an individual level.

The application of technologies in insurance works particularly well with functions that are repetitive and routine. FinTech companies are likely to assist insurers in finding ways of streamlining their underwriting processes and enhancing their proposition in relation to risks that can be commoditised.

The most high profile example of FinTech in the day-to-day lives of customers is the proliferation of ’black boxes’ placed inside motorists’ cars feeding data on their driving to insurers which is used in premium calculations and responses to claims. Mobile phone apps are also being used to provide similar data to insurers for this purpose.

The development of wearable technology such as FitBit and internet-connected household appliances is already impacting the health and home-insurance markets. A growing number of health insurers, including Vitality in the UK, offer discounts and other benefits to consumers whose wearable technology provides data which can demonstrate that they are taking care of themselves. There is little doubt that new technologies will spawn other applications within other product lines in the future.

The disintermediating effect of disruptive FinTech companies could, however, also take a slightly different guise. The impact of low cost base, customer-facing FinTech companies in traditional markets, evidenced in other sectors by the likes of Uber and AirBnB, is in its nascent phase in the insurance sector.

Examples of FinTech companies which might develop into intermediary platform disrupters include peer to peer (P2P) websites such as friendsurance, Guevara and gaggel, a mobile phone insurance P2P which is due to launch soon.

All of these P2P networks use technology to bring groups of individuals together to purchase retail products such as motor, home and mobile phone insurance on a mutual or group basis in order to make collective savings on premiums either upfront or as a result of refunds where no or reduced claims are made by group members.

Through incentivising good behaviour, they also reduce insurers’ risk of loss: insurers appear to be willing to underwrite the risks introduced to them by P2P platforms for lower premiums on the premise that the moral hazard risk is lower. Individuals are thought to be less likely to submit fraudulent claims when they are joined with other policyholders as their premium reduction is linked to others in their P2P network or group not making a claim.

Distributors of insurance products in the UK are required to be regulated by the UK Financial Conduct Authority (FCA), either directly or as an appointed representative of another entity with the appropriate FCA permissions. The complexity of the regulatory regime in the UK in relation to insurance intermediation poses challenges to new entrants in the market which are not present in unregulated markets.

Concerns regarding data privacy, discrimination laws and whether customers are treated fairly will be relevant for both insurers using big data and the likes of P2P networks. The FCA has already announced it is conducting a review in relation to the use of big data. It has also recently published a thematic review on its concerns regarding the general operation of delegated authorities and outsourcing in the distribution of insurance products to consumers.

The ultimate disruptive effect of P2P networks and other FinTech platforms and their legal and regulatory implications will manifest themselves clearly as the market adjusts to them and matures. The traditional insurance industry is aware of the threat of disruption from FinTech start-ups and insurers are beginning to respond, but, thus far, insurers seem to be embracing opportunities FinTech presents rather than seeking to frustrate new distribution platforms and methods.

What is interesting is that both traditional insurers’ use of FinTech and the networks’ FinTech start-ups are attempting to launch demonstrate a trend away from the traditional broker-insurer distribution model to something more resembling the direct interaction between insurers and their customers as was the case in the 17th century in Edward Lloyd’s Coffee House.