How natural disasters and extreme weather events are worsening 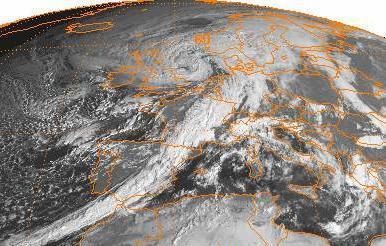 From snow in the Middle East to record high temperatures in Greenland, the past 12 months have produced some extraordinary weather and kept businesses on alert around the world.

The increasingly global nature of commercial operations means catastrophes and extreme weather events have widespread repercussions and affect organisations across many continents. However, it’s not just a side-effect of globalisation that is raising the risk profile of natural catastrophes and extreme weather events. The frequency of such events appears to be increasing too.

Reasons for the increase in severe weather are widely debated, with global warming at the forefront of discussions, although experts cannot confirm or eliminate these theories owing to the lack of longitudinal evidence.

Typhoon Haiyan, which killed more than 6,000 people in the Philippines in November 2013, was the strongest tropical cyclone on record to make landfall. Walker Institute for Climate System Research director Nigel Arnell said Haiyan is likely to be followed by equally devastating typhoons in the near future.

“We can’t definitively say that tropical cyclones have become more or less frequent, but indications show intense cyclones might become more frequent,” he said. The analogy we use is the rolling dice. You could get two sixes by chance, but when you get too many sixes, you suspect the dice are loaded.”

Haiyan was followed by severe winter storms in the Middle East in December. Snow caused major disruptions in parts of Egypt, Jordan and Lebanon that had not seen snowfall for decades.

It is not just the weather that has been unprecedented. In February 2013, a 20 metre-wide meteor hit the earth’s atmosphere near the Russian town of Chelyabinsk and exploded with the energy of about 500 kilotonnes of TNT. More than 1,000 people were injured and, at its most intense, the rock shone 30 times brighter than the sun, burning the skin of onlookers.

Eleven months later, a shift of the polar vortex covered Canada and most of the US in ice. More than 30 people were killed, with temperatures falling to record lows of less than -30°C in the northern state of Minnesota and snow falling in usually more temperate states such as Florida.

Meanwhile, the period between 1 December 2013 and 31 January 2014 was the wettest in England and Wales for 248 years, as record rainfall drenched the UK and other parts of Europe. Australia experienced its warmest year on record and was forced to declare a state of
emergency in New South Wales as bush fires burnt almost 200 homes.

In its 2013 annual climate statement, the World Meteorological Organization (WMO) said: ‘Comparing climate model simulations with and without human factors shows that the record hot Australian summer of 2012-13 was about five times as likely as a result of human-induced influence on climate’.

Climate change may or may not be behind the apparent increase in the frequency of extreme weather, but the WMO research has proven two things for certain - the world is getting warmer, and sea levels are rising.