How Singapore is preparing for a rise in Asia captives

Emerging markets are the key to insurance growth, yet captives have still to take off in the region 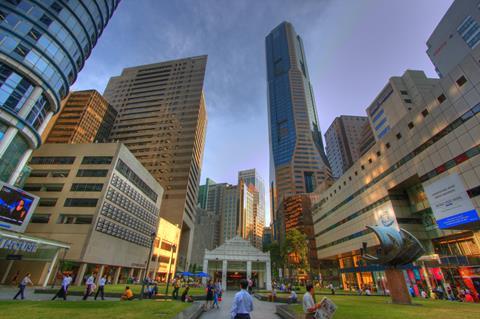 The McKinsey Global Institute forecasts that almost half of the world’s biggest companies will come from emerging markets by 2025, up from just 5% in 2000.

As a result, insurance business in Asia is expected to grow during the next decade at about 8% per annum and by 2020 is likely to account for almost 40% of the global market.

While many companies will be looking at traditional insurance routes, those of increasing maturity will also be looking to the captive sector, particularly if insurance rates start to rise and the financial imperative for alternatives start to mount.

He is aware, however, of the need to stay one step ahead if Singapore is to take advantage of this.

It is no wonder that some Asian regulators and legislators are starting to look closely at their captive legislation and what can be done to enhance it. However, captive development is unlikely to be straightforward.

The captive market in Asia is growing off a small base. For example, the recent Marsh benchmarking report 2013 shows 70% of captive owners are based in the Americas, 24% in Europe and just 6% in Asia-Pacific. But it did have some good news for Singapore, naming it as the leading destination for Asian captive owners.

However, Marsh also says Asia-Pacific companies’ use of captives has remained constant at about 5% to 6% of total captives worldwide for the past five years. There are also huge differences between jurisdictions and insurance generally remains cheap, meaning there is often little incentive for a cultural shift among organisations towards taking on more risk.

Moody’s Hong Kong office vice-president Sally Yim says there are signs of growing interest, particularly from Chinese companies. This year, for example, has seen China Petroleum set up a captive in mainland China, and in its 2013-14 budget the Hong Kong government cut tax on captive insurers’ profit in a bid to attract more offshore funds. Currently, Hong Kong has one captive insurer, which belongs to a Chinese company and mainly underwrites property business, with premium income of HK$1.33bn ($170m) in 2011, according to the Office of the Commissioner of Insurance.

But, Yim says: “So far we have seen little sign of progress. The government may be able to take advantage of Chinese firms’ growing willingness to look at captive options, but so far nothing much is happening.”

By contrast, she says, the Singaporean authorities have been offering potential captive owners tax benefits and have encouraged captive owners by offering a friendly legislative base. “Singapore is a reinsurance hub,” she adds “so captive companies may find it easier to source reinsurance there to cede out risk in the captive.”

Aon Global Risk Consulting Asia regional managing director Vic Pannuzzo sums up captive business in Asia as a paradox. He says the contrasts in both legislation and in cultural attitudes are immense and that has led to few Asian countries adopting user-friendly legislation for captives and leaving the field clear for other markets.

“Since Singapore started to introduce captive-enabling legislation, most Australian organisations wanting captives have come to Singapore,” he says. MAS says Singapore is home to 66 licensed captives and Pannuzzo says it is that emphasis on the licences that has set Singapore apart.

Pannuzzo says the regulator can offer that light touch because Singapore does not allow captives writing third-party business, carrying as it does the risk of failure and potential reputational damage. This is a contrasting approach to Micronesia, another of the few Asian domiciles to actively encourage captive owners, and allow third-party business. Another domicile with a different approach is Labuan, off the coast of Borneo, home to most Malay business thanks to laws that insist business has to be offered locally before it heads overseas.

Labuan also offers protected cell company (PCC) options – something that Pannuzzo says is under serious discussion in Singapore. But the real issue, he says, is a reluctance by many Asian firms to consider a captive and in most territories the need for locally admitted policies also adds higher costs to the equation.

“He says: “The market remains soft and very competitive, so the incentive to set up a captive to take on risk is not as great as in other parts of the world. But the biggest issue is persuading companies to take a long-term view of the benefits a captive would bring.”

PCCs may be a useful tool in countering these arguments because they would give companies a turnkey solution that would not require the time or money required to set up a captive.

In Singapore, the jury is still out as to whether the necessary legislation allowing PCCs will get onto the statute books – there is legislation drafted but the authorities appear yet to be convinced that it should become law.

And there is the paradox for Asia – a desire to attract new business and grow into global centres, but only slowly.