How the Financial Stability Board muscled in on the insurance sector 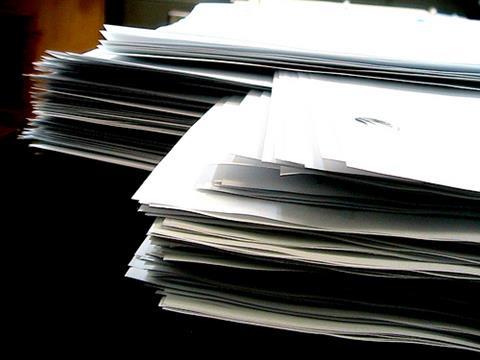 Global regulatory developments in the insurance sector have long lived in the shadow of banking – a factor reinforced by the experience of the global financial crisis. While the insurance industry considers itself to have had ‘a good crisis’, the sector is experiencing unprecedented reform as a result of the fallout.

Chief among these developments cascading across from banking is the noticeable increase in the role and importance of the Financial Stability Board (FSB) in insurance policymaking. This is evidenced most notably by the development of Global Systemically Important Insurers (G-SIIs) and the FSB’s demand for the Insurance Association of Insurance Supervisors (IAIS) to develop a “straightforward capital backstop” measure by July.

This dramatic intervention by the FSB has now forced the IAIS into formally committing the insurance international standard setter to develop a global capital standard by 2016 as part of its ComFrame proposals (building a common framework of insurance supervision for internationally active insurance groups), with full implementation anticipated by 2019.

The most contentious of the proposed reforms, though, has been to include insurers inside the Global Systemically Important Financial Institutions category. While the industry has fiercely resisted designation, mainly on the basis that the traditional insurance business model is fundamentally different to that of banking and unlikely to give rise to systemic relevance, closer inspection of current regulatory thinking highlights that such industry concerns are not without foundation.

In addition, resolution laws generally differ between jurisdictions and can have a significant impact on an insurance group’s recovery and resolution planning. Considerable uncertainty can exist for an insurance group over cross-border operations given unilateral actions that could be taken by national authorities in the event of a crisis, especially where the need to protect local policyholders becomes an overriding imperative.

Secondly, although the FSB has recognised that the ‘traditional’ resolution tools in the insurance sector of run-off and of transfers of business may not be sufficient in all circumstances, there has been little analysis of which additional tools might be required. It is hard to see how an effective assessment of the FSB’s Key Attributes could be undertaken until there is greater clarity on this issue.

Thirdly, there has been little discussion and analysis of the equivalent of ‘bail-in’ in the insurance sector. Which liabilities might be eligible for the application of some kind of ‘bail-in’ treatment, and how might this be used to ensure that all losses of a failing insurer fall on shareholders and creditors rather than on taxpayers? And how can this be achieved in a reasonably predictable manner, so all creditors are aware of how ‘bail-in’ would operate? This also relates to the first point, since it is not clear how a ‘single point of entry’ bail-in regime could operate for a global insurance group with multiple subsidiaries in different jurisdictions.

Fourthly, there seems to be genuine confusion between what is required from a Systemic Risk Management Plan (SRMP) and the Recovery and Resolution Plan (RRP) now required from the nine G-SIIs designated. Many insurance groups consider the resolution plan to be the responsibility of the resolution authorities. But the expectations outlined for the SRMP in effect require firms to consider actions from a resolution perspective. Such analysis would, however, pre-empt completion of the RRP. It would be helpful if the SRMP requirements were an output from the RRP. So European supervisors will be waiting for the European Commission’s (EC) response to the FSB’s consultation paper.

The timing differences between the EC’s own response, the European Insurance and Occupational Pensions Authority and individual European supervisors will add uncertainty and costs for European designated G-SIIs. Other designated firms that may have European operations might be similarly affected. It would be helpful if the FSB were to review the submission timings of the various requirements outlined by the IAIS.

Fifth, there is a risk that the assessment methodology will adopt too much of a ‘tick-box’ approach to whether powers and tools exist in each jurisdiction, rather than assessing whether these powers and tools are used in a reasonably consistent and predictable manner across jurisdictions. For example, even if all jurisdictions have the power to require firms to change their recovery plans and their legal and operational structures to make recovery and resolution plans more credible, will there be any assessment of whether the relevant national authorities are in practice using this power in a reasonably consistent and predictable manner, even across the small number of G-SIIs?

The insurance regulatory landscape is about to undergo some of its biggest global changes and it is therefore imperative that the right regulatory structures are established. The debate has only just begun on what promises to be an interesting time.