Re/insurance is in the throes of a technology revolution. By Justin Davies 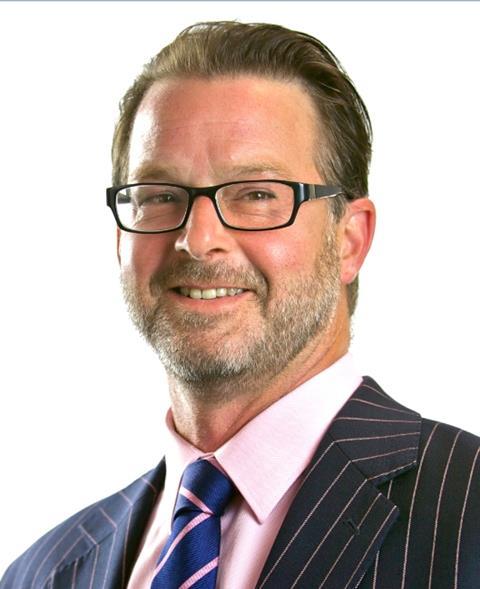 Arguably the biggest issue keeping re/insurance executives awake is the extent to which technology will revolutionise how they do business. Generally, technology has the potential to deliver huge efficiencies to a significantly paper-based industry, often notoriously lagging behind other sectors when it comes to modernisation. In addition, there is a great deal of uncertainty about the insurance workplace of the future.

The speed of digital transformation is breath-taking and the precise nature of insurance jobs and operations in five or ten years is difficult to predict. A report for the World Economic Forum (WEF) in 2017 suggests 65 percent of children entering primary school today will be employed in jobs that currently do not exist. Moreover, the WEF report predicted 35 percent of the skills required for jobs across industries will change by 2020.

The term “Fourth Industrial Revolution” (4IR) refers to a convergence of diverse technologies such as robotics, machine learning, artificial intelligence (AI), and the internet of things (IoT). Blockchain is now increasingly part of this mix too. By many accounts, the escalating characteristics of 4IR will have a profound but uncertain impact on the way re/insurance professionals will do their jobs in the future.

In fact, there is understandable anxiety across all market sectors about the impact of emerging technologies on the nature of work, the makeup of jobs, and the changing face of business operations. An October 2018 Gallup poll in the United States offered some insight into the concerns associated with technological change: 53 percent of those surveyed, including tech-connected millennials, consider AI, robotics, and automation to be a bigger threat to U.S. jobs over the next 10 years than immigration and outsourcing.

The survey respondents appreciated the benefits of technology, but they were also apprehensive. Almost 80 percent said AI will have a positive impact on their lives over the next decade. But 73 percent predicted AI and other new technologies will eliminate more jobs than they will create.

The insurance industry has been grappling with maximising the benefits of rapidly-evolving technology. Some re/insurers are creating their own innovation hubs as offshoots of the parent company. However, the primary function of re/insurance companies is not to be technology incubators, so there is an understandable limit to how much they can harness intelligent technologies internally to optimise the overall business and service operations of the enterprise.

Re/insurers also engage with smart insurtech providers and facilitators — to gain competitive advantage in the 4IR-driven age of widespread digital enablement and expectations. Such trends are driving a variety of interesting initiatives and increasingly large investments in insurtech businesses. The number of patents being filed for insurance-related businesses provides some perspective on the level of activity.

Another option re/insurers increasingly consider today for business-technology modernisation is the partnership model with insurance-focused consulting and managed services providers. Those partnerships are distinguishable from traditional business process outsourcing (BPO). Historically, in response to soft markets, thin premium margins, and uncertain investment returns, re/insurers, brokers, and managing general agents looking to improve the bottom line, have leveraged BPO providers to take over much of the repetitive IT or back-office functions as a cost-saving measure.

But BPO is receding as a successful business model. Motor insurance is a good example of how technology and process optimisation are changing the way business is conducted. Applying for motor insurance has typically been a cumbersome process for insureds. They would be asked about their driving record, their age, and how many miles they drive — which often resulted in risk assessments that were not only very generalised, but also time-consuming, and prone to human error or even fraud. Now, insurers can automatically collect driver data from devices such as black boxes which can give them a real-time view of vehicle and operator movements.

Looked at simplistically, technology is now doing some of the work humans previously did, which in certain circumstances will result in job losses. However, this is not the dystopian scenario of a takeover by robots. The more significant consequence in the case of motor insurance is that underwriters are freed up from the tedious and repetitive administrative side of the job. They can now devote their time to offering real value to their company, by using their expertise and experience to make more accurate, sensible, and profitable underwriting decisions.

In this fast-changing business landscape — driven by the rapid evolution of technology — BPOs and any other service providers face the challenge of demonstrating a clear-cut ability to bring measurable operational value to insurance enterprises. So, for re/insurers and their service providers, the key to remaining relevant and demonstrating genuine value is the ability to integrate technological expertise with deep insurance domain knowledge.

Many of the technologies most closely associated with the Fourth Industrial Revolution such as AI, machine learning, robotics, and blockchain, are disrupting insurance work and lifecycle operations in positive ways. For traditional BPO providers, which rely on a headcount or “per FTE” economic model, the proliferation of intelligent technologies presents a significant business quandary.

By their very nature, new technologies reduce manpower effort — which is advantageous for re/insurance providers who can retrain and redeploy their people for higher value tasks. But, for traditional BPO providers, the deployment of modern technologies leads to reductions in manpower deployment and, ultimately, revenue. So, the standard BPO model — with labour cost arbitrage as its strongest selling point — is less strategically viable, in large part because of the advent and promulgation of intelligent technologies.

As a manifestation of the disruptive force of 4IR technology, in our organisation, we practice Strategic Operations Support (SOS) — a new relationship approach for re/insurers who require and expect industry-knowledgeable and transformational services from their partners.

SOS is, of course, a deliberate reference to the maritime call for help. It also encapsulates what we see as the urgent need for suppliers of people and technology, now increasingly including blockchain implementation, to reimagine the services and expertise they offer to re/insurers.

In contrast to BPO methodology — which is not necessarily incentivised to bring technological change and innovation into client operations — the SOS approach delivers the overarching, mission-critical benefit of professional insurance specialisation and outcome-based incentives to the service partnership with re/insurers. Automation-driven SOS allows re/insurers to grow more quickly and productively, while expanding manpower productivity and operational efficiencies.

Technology is undoubtedly a threat to the business-as-usual mindset, and the nature of many insurance jobs and operations will be significantly different in the years ahead; and some jobs will likely evolve or disappear. Meanwhile, there is enormous potential for new automation and systems to streamline the work of insurance, by improving risk assessment, underwriting, policy service, claims management, and other operations.

Those businesses which settle for the status quo are in danger of becoming obsolete, as their competitors seize on the many benefits of intelligent technology and the domain-focused partners who can help to optimise insurance operations.

Justin Davies is the EMEA region head at Xceedance.