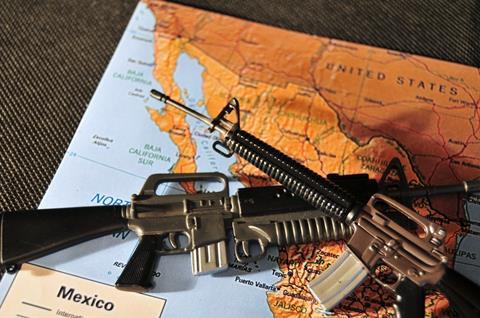 The biggest threat to the stability of the world in the next 10 years comes from the risk of international conflict, according to the 10th edition of the World Economic Forum’s Global Risks report.

The yearly report features analysis of the top global risks in the next 10 years in terms of likelihood and severity.

The most recent report found that interstate conflict with regional consequences is the most likely global risk and the fourth most serious risk in terms of consequences, according to GR’s sister title StrategicRISK.

“However, nowadays, the means to wage such conflict, whether through cyber attack, competition for resources or sanctions and other economic tools, are broader than ever. Addressing all these possible triggers and seeking to return the world to a path of partnership, rather than competition, should be a priority for leaders as we enter 2015.”

Marsh president of global risk and specialties John Drzik said: “Innovation is critical to global prosperity, but also creates new risks. We must anticipate the issues that will arise from emerging technologies and develop the safeguards and governance to prevent avoidable disasters.”

With the 28 global risks that were assessed grouped into five categories – economic, environmental, geopolitical, societal and technological – 2015 stands out as a year when geopolitical risks, having been minor risks for the past half-decade, return to the fore.

With geopolitics increasingly influencing the global economy, these risks account for three of the five most likely risks and two of the risks with the most potential consequences in 2015. Also in this category, three risks stand out as having intensified the most since 2014 in terms of likelihood and effect, namely interstate conflict with regional consequences, weapons of mass destruction, and terrorist attacks.

The Global Risk Report 2015 also shows that concerns remain over the world’s ability to solve its most pressing societal issues, as societies are under threat from economic, environmental and geopolitical risks.

Also noteworthy is the presence of more environmental risks among the top risks than economic ones. This comes as a result of a marked increase in experts’ negative assessment of existing preparations to cope with problems such as extreme weather and climate change.