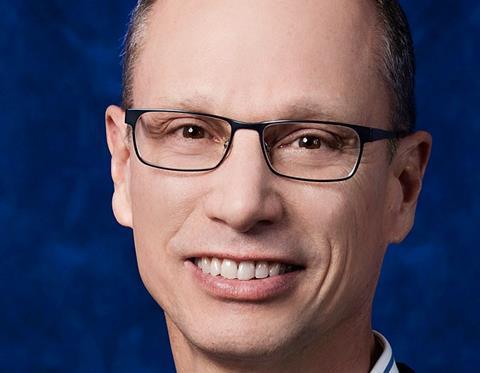 1. How would you characterise the global insurance industry in 2014?

There have been some nice surprises over the past 12 months. 2014 has been a good year in terms of low catastrophe events and it has also been good for reserve releases in the casualty lines, combining to improve profitability. Of course, increased profitability is partially due to improved underwriting, but this is only one factor behind the success. While investment yields have remained stressed, increased economic activity has supported improved levels of premium growth.

2. What are your expectations for the global economy during 2015?

We expect the US and UK to raise interest rates midway through next year and this, combined with economic activity picking up, will result in the rising government yields in these markets. This will also help drag up the yields in Europe too. Despite these rises in rates in 2015, it will take a number of years before insurers start to see substantial improvements in their investment portfolio yields because new investments are at lower yields than maturing fixed income securities.

3. Property and casualty rates have been under pressure in the past few years – will this continue at the January renewals?

On the pricing side of things, it has been quite stressful recently. But when it comes to the January renewals, I do not expect as sharp a decline as we have been seeing recently. Technical pricing has got to the point where we’d be cutting into profitability if pricing went any lower. On the casualty side, we’ve seen disciplined underwriting in recent years and I expect this will continue into 2015 and beyond. Casualty pricing will slowly move up.

4. In terms of catastrophe trends, is the world becoming a riskier place?

It is hard to definitively say that the world is getting riskier, but what we know for sure is that people are moving towards riskier areas to live. Across the world more and more people are choosing to live next to water, whether that is Florida or coastal cities or near rivers in south east Asia. As a consequence, when you look over the past few years and scrutinise the data, there is a rise in insured losses relative to nominal GDP because of this aggregation of people and commercial structures near these disaster zones.  Going forward, the role of (re)insurance industry is to work more with governments so that we have mitigation procedures, activities and structures in these areas.

In general, both life and non-life real premium growth will be stronger in all the major emerging market regions in 2015 and again in 2016. Emerging Asia will have stable growth at robust double-digit rates of around 13% for both sectors. Thus, the emerging markets will remain an area of interest for global players.

The exceptions are perhaps central and eastern Europe – where premium growth will be relatively weak due to a slow economic recovery in Europe –and the life business in sub-Saharan Africa, excluding South Africa, because of the small size of the market.

For many big players in the market, the frontier emerging markets are of clear interest. But the key to entering these markets is patience. For some markets, such as sub-Saharan Africa (excluding South Africa), it will take up to 20 years before they start paying off. This is because there is often only a weak understanding of the concept and value of insurance to individuals and businesses in these markets.

6. What are likely to be the biggest risks to continued global economic recovery?

The big risk I keep pointing to is the deflation risk in the eurozone. If we get into a downward trend instead of a slight uptick in growth, we could spiral into recession again. This is my biggest global economic concern.

Outside Europe, what worries me is the lack of housebuilding in the US. America has the demographics to support about 1.5 million properties being built each year, but for the past 12 months it has been stuck at 1 million – the same level as during most past recessions. Combine this with banks increasingly being reluctant to lend to buyers and there is a risk that this could weaken the US outlook.

Insurers and reinsurers invest in high-quality assets. Thus, there will still be a heavy allocation to government securities. The key will be to determine the duration, which will depend on the market: short if interest rates are rising rapidly; longer if they are stable.

Corporate bonds look attractive – the risk of default is low in the US, for example. (Re)insurers will also have a mix of alternative assets to improve their overall investment yield, though this will be limited because of higher capital charges and greater risk. They are also interested in investing in infrastructure, because of their long-term nature and income flows that help in asset liability management.

Governments should also be interested in having the industry do this, but this is still challenging from a regulatory capital viewpoint.