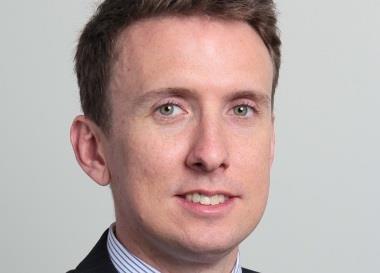 Chris Colahan once managed rock bands to pay the bills, but for the past year and a half he has been rebuilding the Asian bedrock of one of the world’s oldest insurance companies.

The head of Asia for Royal & Sun Alliance Insurance (RSA) is under no illusions about what’s required to re-establish his company in the region. “We exited many markets in the region back in the early 2000s due to the fact that there was some balance-sheet repair work going on in Europe and we had to sell some good assets,” Colahan says. “But since I moved here 18 months ago, there’s been a big focus on rebuilding our presence in Asia and making lots of investment to do that.”

Colahan sees the first decade of the 21st century as “a bit of a blip in the long storied history that we’ve had in Asia”. “RSA as a company has been in existence for 303 years, and we’ve been in Asia for more than 185 years,” he says. “Most people get that it’s a story that not many insurers can tell, and I think the depth of our history and tenure out here ultimately carries the day.”

Singapore-based Colahan believes that this heritage is truly meaningful to the market. “The fact that we’ve been in Asia for so long really means something to our Asian partners and clients,” he says. “It shows that we’re committed and, if our history is anything to go by, it shows that we’ll be around in the future in our clients’ moments of need, ultimately to pay claims.”

RSA now has offices in Singapore, Hong Kong and China, all overseen by Colahan. “We write everywhere from New Zealand through to Egypt,” he says. “I’m responsible for all our business in APAC, our specialty lines in the Middle East and our two joint ventures in Thailand and India.” Colahan believes that there is a regional “land grab” currently being played out in the insurance market. “In many of the markets in south-east Asia particularly, the winners in general insurance have not been decided yet; over the next five or 10 years they will be,” he says. “The reason I say that is that in many of these markets, the capital regimes haven’t been clearly set and defined, FDI caps continue to move around, and tariffs are getting lifted. This creates a very dynamic set of marketplaces, and so you have to look more closely at things like market share and access to distribution.”

An Australian by birth and a lawyer by training, Colahan sees consumer lines as the area of greatest potential across the Asia Pacific. “In places like India, Indonesia and Thailand, we’ve still got lots and lots of people who are buying insurance for the first time,” he says. “The penetration rates for accident and health products, for home and contents type products, for gadget insurance, are all very low. Direct insurance hasn’t taken off to the same extent as in other markets, and I think that’s because insurance is still a relatively new concept.

“At the complete other end of the spectrum, things like renewable energy, financial lines and global property are going to be big opportunities for expansion.”

Colahan says that while economic growth and development needed to be fuelled by something, the region’s energy demands were changing. “I think there’s an awareness about the impacts and environmental damage cause by more traditional energy sources,” he says. “Countries here are taking investments in renewable energy very seriously, and we’re one of the world’s largest insurers of renewable energy. Now we’re building a renewable energy practice in Asia.”

The RSA team in Singapore has direct line access to the company’s global centres of excellence for renewable energy. There is a centre for solar energy in the UK, one for small hydro renewable energy in Canada, and a third for wind energy in Denmark. “This ensures that we’re getting access to their expertise and really fast decision making,” Colahan explains. “It will achieve great solutions for our customers locally, but using our global expertise.”

This is part of a strategy that Colahan describes as combining the “strength and qualities of an international insurer and what makes us great with local market insight, knowledge, expertise”. “For example, joint-venture partnerships bring local knowledge and expertise and access to the market,” he says. “We combine that with what we’re brilliant at as an international company and it seems to work really well.

“It is also about hiring great local talent, and we try very hard to do that with even our most senior roles. That’s a recruitment story but also a development story, in that we are ensuring that we invest in talent and capability and building people within our businesses to be more senior leaders.”

Colahan sees RSA as a strong staff recruiter and retainer. “I think we are one of the best insurance organisations when it comes to the way we attract and manage our people,” he said. “We invest very heavily in developing our people both on technical skills as well as softer management skills. Our turnover rates are much lower than the market because we take employee engagement very seriously.

“You can’t rely on just paying people more money. In my experience in the region, there’s always someone that’s prepared to pay more money, you have to invest in broader employee engagement, building careers for staff, making it a great place to work.”

Colahan says that some of his biggest professional successes – and failures – have been related to personnel. “The best decisions I’ve made have been when I’ve hired someone new into the organisation or promoted someone within the organisation where that has worked out really well,” he says. “Similarly, my worst decisions have always been about delaying the hard call about calling time on someone. The easiest thing as a leader to do is to overlook or bear with underperformance.”

With the right people targeting the right markets, Colahan sees no reason why RSA shouldn’t once again be a major player in the region. “Clearly the potential here in Asia comes from some very fundamental places. GDP growth is very strong in almost all markets in Asia and certainly much stronger than what we see in Western markets,” he says. “That coupled with the very low penetration rates of insurance – general insurance particularly – means that there’s going to be significant opportunity for growth and expansion in Asia.”

Colahan says that it will be RSA’s international reach that will underpin its success in Asia. “We’ve got the ability to issue insurance policies in over 140 countries globally, so if we take a south-east Asian conglomerate that has operations all over the world, we can give them one insurance product that will insure all of their interests in every country that they operate in,” he says. “We are one of only a handful of insurers that can offer that genuine global network solution to our customers.

More companies based in Asia are expanding internationally, Colahan observes, which will change their demands when it comes to insurance. “They don’t want to be going to London or New York to get their insurance products,” he says. “They want to be getting them from Asia, and it’s an opportunity for us to provide those global solutions for Asia.”