JLT sets out plans to compete in Asia 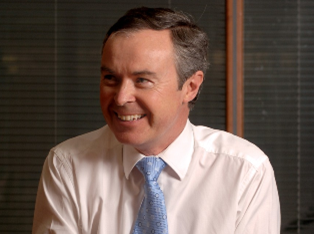 Reinsurance is the key to continued economic growth in Asia – and it is central to JLT’s plans in the region, according to chief executive of JLT Asia Duncan Howorth.

“The next phase of growth in the Asia insurance market is going to require companies to buy more treaty insurance,” Howorth (pictured) told GR.

“What we’re hearing is that insurance would welcome another alternative in the market, and that’s what we hope to be.”

To this end, Howorth said, JLT has recently formed a reinsurance team in Hong Kong and opened an office in Shanghai.

“We’re also hiring people in Korea and Singapore,” he said. “Clients want choice, and we are a credible alternative to Guy Carpenter, Willis Re and Aon Benfield. We think there’s room for a strong number four.”

Howorth, who was appointed chief executive of JLT Asia at the start of the year, said the most challenging risks faced by companies in Asia were not necessarily those of the past.

“Emerging themes include intellectual property and data, in a world where data and information is less and less physical and much more digital,” he said.

“Also, everyone’s quite concerned about the protection of customer data and company intellectual property.”

According to the Hong Kong-based broker, whose responsibilities span risk and insurance as well as employee benefits, demand for healthcare benefits is also skyrocketing.

“We’ve been an employee benefits broker for quite a while, and we’re finding more people want access to healthcare as an included benefit,” he said.

“But they are very mindful of the rising costs of medical services, so our move into healthcare management is to try and help our clients to get greater control over providing these healthcare programmes.”

JLT has recently positioned itself as one of the largest providers of healthcare management services in Indonesia, which Howorth said was the fastest growing healthcare market in Asia.

“It could well become one of the largest healthcare markets in Asia, too,” he added. “With 240 million people, nearly half the population under 29 and high GDP growth, it’s a really interesting country from an economic perspective.”

Howorth said JLT was working on developing its resources “in one or two newer specialties”, such as the often overlooked agricultural sector.

“We’re focusing on food and agriculture and the risks around this as Asia tries to become a little more self-sufficient,” he said. “We’ll be investing resources in that over the next 12 months.”

“We’re looking more at the strategic risk issues around cloud computing, data protection and data piracy,” he said. “First of all, you have to manage that as an enterprise risk and then you have to decide how insurance can play a part in any sort of risk transfer.”