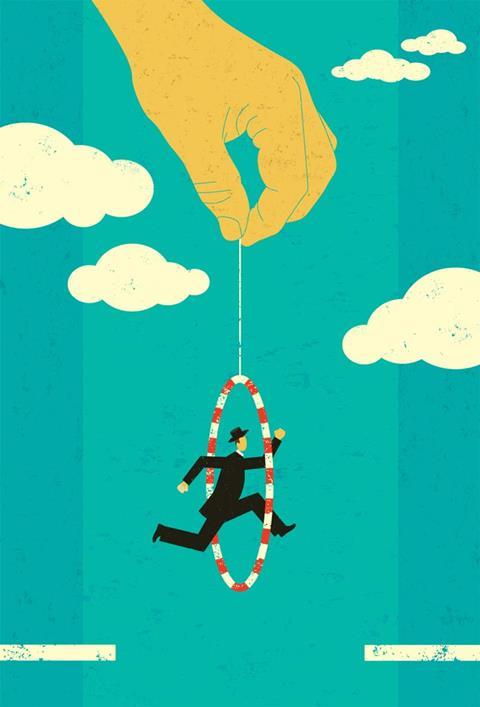 The long arm of the regulator appears to be extending almost daily, as companies are urged to take increasing responsibility for their subsidiaries’ behaviour, wherever they may be in the world.

No longer satisfied with penalising firms, regulators are now looking for individuals to blame. Add to that a perfect storm of new rules from the UK’s Bribery Act, the latest US sanctions, and the European Union’s Solvency II regime, it’s no wonder directors are feeling the pressure.

“Directors need to be trained,” says one broker. “These are not small changes but seismic, and require a whole new way of behaving.”

As far as directors’ and officers’ (D&O) policies are concerned, most will react whether an individual has been named or not. Typically, the cost of complying with a regulatory request for information and attending hearings is $750,000 to $1.2m, which can be claimed under the policy.

While the number of claims remains relatively small, AIG reports that regulation-linked cases amount to 50% of all claims. Willis puts the figure at nearer 80% of all claims.

With such large figures becoming routine, it’s no wonder demand for cover continues to climb and that new products are emerging.

This summer, Marsh announced enhancements to Marsh Alpha, which provides ‘Side A’ D&O difference in conditions cover. Marsh Alpha is designed to protect individuals’ personal assets where their companies fail to indemnify them and where the company’s conventional D&O insurance has been exhausted or does not provide cover.

Marsh senior vice-president in the financial and professional practice Leslie Kurshan says: “Many traditional D&O policies are not designed to respond to the changing way in which companies interact with potential claimants, such as conducting internal investigations.”

The product offers two potential limit reinstatements and broader internal investigation cover. An additional limit of $500,000 is also made available to the board of the policyholder to fend off attempts by other insureds to challenge or restrict their use of the proceeds of the D&O insurance programme.

The move follows the launch of Marsh Delta D&O in May, which provides cover on an ‘each single claim’ basis, rather than an aggregate limit. This means the total insured limit is available for each new unrelated claim made during the policy period,
helping to reduce the uncertainty and potential financial outlay usually associated with ‘limit exhaustion’.

D&O reinsurers should be concerned about any one-loss policies, says JLT head of management liability Mike Lea. ACE, Chubb and AIG have produced these policies, but Lea says it is much harder to aggregate losses on such policies.

But he says: “This could be a case of unintended consequences. The market is relatively soft because, despite growing demand, there is increasing capacity too. But by doing something completely irresponsible, it may bring sustainability to the market. Reinsurers may start to look more closely at these policies and not be so keen to reinsure them.”

Reinsurers are already seeing an increase in claims, says Elisabeth Spann, head of financial lines facultative at Munich Re. “We are seeing a higher number of claims and losses, triggered by scandals in the banking sector, the sovereign debt crisis and the euro crisis,” she says. She attributes much of this to regulators. “These claims are increasingly driven by regulatory bodies. Insurers often provide investigation cost coverage in D&O wordings, sometimes even including costs for informal investigations.”
Spann points to new products, such as multiple limit covers, two-tier-trigger policies and personal D&O insurance covers: “From a reinsurance perspective, we see increasing rates for these type of covers.”

The other side of the equation is that insurers and reinsurers have directors and officers running their own organisation, and they need protection. “Reinsurers face the same or similar legal and regulatory environment as other companies in the financial industry,” says Spann. “Buying D&O cover is ultimately a question of the company’s own risk exposure and risk management attitude.”

Lea says insurers are in an unusual position, as they are often linked to the banking sector for risk assessment.

“Mis-selling is a good example. It started out as a PI exposure but could become a D&O risk,” he adds. “The D&O market is bifurcated between the commercial risk, which is easily available and relatively cheap, and financial risks, which are looked at more selectively. Insurance companies find themselves in that second group.”

When Willis takes insurance risks to the market, Lea says he tries to differentiate the exposure from the banks, because insurers are far less regulated and should not be treated as part of that group.

More insurance regulation is coming, in the form of the European Union’s Solvency II regulations. “It has been lurking,” says Lea. “Most companies have it well covered - they are probably well-founded public limited companies.

“But a lot of other businesses do get into the insurance world, such as venture capital investors, that are not well established. So D&O insurers do - and will - ask the question.”

Where are the main D&O opportunities for (re)insurers?

Demand for D&O liability insurance is on the rise in Asia as company directors and executives across the region become more aware of their potential personal liability exposures.

Why is Asia a growth area for these products?

With the days of Asia’s relatively benign litigation culture fast disappearing and directors and officers facing greater regulatory challenges, D&O policies have never been so popular. They are becoming more complex, too, to deal with the growing threat of legal action by employees, shareholders and regulatory authorities, as well as possible civil, criminal or alternative-dispute proceedings.