A year of major catastrophes, a continuing global economic crisis and new solvency regulation are just some of the dynamics shaping the future of the Latin American reinsurance market. Patria Re looks at the big picture 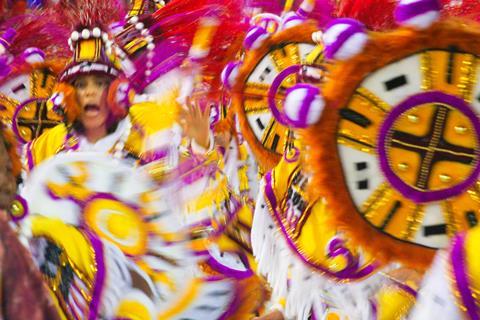 In the first quarter of the year, the industry was hit by significant catastrophic losses. Q1 losses including the Japanese earthquake add up to almost $55bn, compared to total 2010 cat event losses of $36bn. Weather-related losses during Q2 represent an additional $15.3bn bringing the total catastrophe claims to $70bn for the first half of the year. Given that earthquake losses take time to develop, the current estimation of the Japanese loss will probably increase further.

As a consequence of these losses, the industry as at June 2011 is suffering a negative net result and a reduction in equity compared to year-end 2010. In the worst cases, this represents a variation of up to 20%, though most companies saw changes of between 0% and -10%.

In spite of this, industry shareholder funds have only dropped by about $3bn compared to year-end 2010. Though they are expected to keep falling, dedicated reinsurance capital remains very strong even if the sector’s excess capital position has been significantly diminished.

Interest rates, changes in reserves, inflation, cashflows and Solvency II - among other factors - could bring about an important change in the current situation. But for the time being these factors are actually softening the emerging markets even more. Emerging markets are relatively small compared to developed markets and in the current environment it would seem some players have come to the conclusion that it is good business to lose money.

Credit markets and institutions around the world have been seriously affected by the enormous losses provoked by the collapse of the American real
estate credit markets, requiring substantial support from their governments to prevent the disruption of the credit system.

This in turn has caused a reaction from governments to take steps to ensure that they will not be required in the future to use taxpayers’ money to save credit institutions from insolvency. Although a relatively small amount of insurance institutions had to be bailed out by their governments, the fact they are a part of the credit market means they too will be affected by this change.

Many insurers have lost substantial amounts due to investments in subprime debt and the markets in general, which will affect underwriting capacities in years to come. This will make the markets less soft and more profitable.

Overall, the developing world has coped far better than the first world countries with the after-effects of the financial crisis. Today, developing countries that are not experiencing banking crises, that are benefiting from the export of cheap labour and are attracting direct foreign investment, have very strong growth potential. The participation of the local insurance sector in the national economies is still very weak in these countries and therefore also has strong growth potential.

In view of the situation of global financial markets, Latin American insurance markets could become more attractive. But our feeling is that the main reinsurance groups are regarding this market as only a service line to diversify their core operations.

In the context of the internal models developed for Solvency II, the effect of diversification generates an important capital relief and therefore an additional incentive to write business in developing markets.

Solvency II represents a new and more comprehensive view of risk, where decisions are preferably based on quantitative information and a transparent policy. Responsibility of risk measurement can no longer rest on a third party, as the 2008 confidence crisis in rating agencies demonstrated.

That is why Solvency II starts by involving the highest authority within the companies - the board of directors - in an active monitoring of risk management and using the independent opinion of actuaries and other experts in making informed business decisions.

In relation to Solvency II regulation, there is a lot of work to do in order to reach agreements between the various stakeholders. Whereas supervisors are seeking to hold the executive board responsible, seek greater solvency and question the validity of risk management, the board is looking for a limitation of their responsibilities, greater capital efficiency and seeking to show off their company’s ability to manage exposures.

Due to the role of insurers and reinsurers in stabilising economies and fostering a culture of prevention, coupled with the fact that the industry is less susceptible to systemic crises, we are confident that this new rational management will be to the overall benefit of the sector.