The magnitude 8.8 earthquake that struck the Maule region of Chile on 27 February 2010 was a test of the country’s resilience, its strong adherence to building codes and its high take-up of insurance and reinsurance 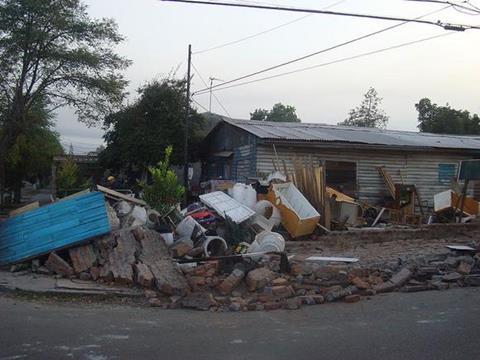 Sitting along the Pacific Rim’s ‘ring of fire’, where multiple tectonic plates converge, Chile is one of the most exposed countries in the world to seismic activity. Last year’s Maule earthquake occurred at the boundary between the Nazca and South American plates at a depth of 35km, triggering a series of aftershocks and a tsunami that caused significant damage.

There was previously a magnitude 8.0 event in 1985 off the coast of Valparaiso and the 1960 Valdivia earthquake, which is still the most powerful recorded at magnitude 9.5. But due to its history of large earthquakes and volcanic eruptions, Chile has the highest insurance penetration in Latin America (at 6%), with a large proportion of property cat treaties ceded to international reinsurers.

More than 75% of larger industrial and commercial operations buy fire and earthquake cover, although only 24% of the country’s homes have earthquake cover. “It’s very well known that Chile is an earthquake-exposed market and as such reinsurance rates reflect the exposure to earthquakes - it is part of the business - you have earthquakes some years and then you have loss-free years,” says Oliver Futterknecht, Swiss Re economist dedicated to Latin America.

It is due to the high penetration that last year’s earthquake became the region’s biggest-ever insurance loss at $8.5bn, according to Aon Benfield, with an economic loss of $30bn. Up to 95% of the loss fell to reinsurers - the average is 50% for US events - and there was a 60:40 split between facultative and treaty losses. This is a result of limited appetite among domestic carriers to retain earthquake risk, coupled with strict regulatory requirements.

“The legacy of the Chile earthquake was to remind the international reinsurance community that Latin America has come of age,” says Guy Carpenter chief executive of Latin America and Caribbean operations Aidan Pope. “It is also interesting to note that the insured loss was around a quarter of the economic loss, which is a high fraction even by developing country standards. GDP growth is now higher than it was before the earthquake.”

While reinsurance rates rose by an average of 40%-60% in the aftermath of the event, in the rest of the region and in other property catastrophe markets there was little reaction to this major event, even though at the time it was the costliest earthquake since Northridge in 1994. The earthquake only provided “a respite in sliding rates” for earthquake cover across Latin America, and did not impact rates globally, said Aon Benfield.

Excess capacity in the market offset any upward pressure on rates elsewhere and the fact the loss did not come out of one of the more developed reinsurance markets also played a part. “The largest loss coming out of Latin America in the last 10 years is probably Chile,” says Patria Re’s director-general and chief executive Manuel Escobedo. “What happened because of Chile in the reinsurance rating market? Nothing. Why? Because Latin American represents about 1.5% of the premium.”

While the country was well-prepared for a major earthquake, there are a number of lessons insurers and reinsurers have taken from the event. The complexity of claims and difficulty in getting loss adjusters to damaged sites across a wide area was one element of difficulty. The preference for local claims adjusters added to the bottleneck.

The number of claims after the earthquake corresponded to the figure of nine regular years, says Futterknecht. “Reinsurers supported insurers in handling these claims and they have introduced some changes in underwriting and claims handling so they are more prepared for future events.”

Another lesson was the level of damage from the tsunami and the very large losses that arose from business interruption and commercial claims.

The industry’s catastrophe models must take into account non-modelled perils like tsunami and the impact of business interruption on overall losses in future in order to better reflect the likely damage following a massive earthquake. As Aon Benfield states: “Improving tools to reduce the gap between estimated and actual losses will build insurers’ confidence in using models as a risk assessment tool.” GR

Many comparisons have been drawn between the Maule earthquake, which caused over 500 deaths, and the Haiti disaster. In Haiti, a country where there was no earthquake preparedness and lax building codes, the weaker 7.0 temblor became a humanitarian disaster, killing over 200,000 people. By contrast, few of the buildings in Chilean cities such as Santiago and Concepción fully collapsed and so many lives were saved. This pointed to a strong adherence to building codes.
“Overall, Chile’s building stock performed well,” says AIR principal engineers Dr Guillermo Franco and Dr Tao Lai, and AIR senior research engineer Guillermo Leiva in a post-disaster briefing. “Only one modern reinforced concrete building in Chile suffered a complete collapse, and perhaps 100 other modern engineered buildings will have to be demolished due to severe damage.”