As Lloyd’s of London was thrust into the front line of the sanctions fight against Russia, the market announced that it planned to get tough with syndicates and managing agents over their ability to understand and factor climate change into their underwriting.

Russia invaded Ukraine in February 2022. Following this action, the UK Treasury announced on 3 March 2022 a ban on Russian companies in the aviation or space industries from accessing UK insurers or their capacity – the government department has threatened that more business sectors could be added to the list in due course.

The Treasury said: “The UK government will bring in legislation to prohibit UK-based insurance and reinsurance providers from undertaking financial transactions connected with a Russian entity or for use in Russia.”

Speaking at Lloyd’s of London’s quarterly market update on 3 March 2022, Patrick Tiernan, Lloyd’s chief of markets, said managing agents need to ensure that policyholders who are affected by the ban are told their cover has been withdrawn.

He explained: “We continue to monitor the unfolding situation in Ukraine and our thoughts are first and foremost with those people directly affected.

“We are in regular communications with the UK government and international regulators and are working closely with the Lloyd’s market to uphold the implementation, at pace, of sanctions applied by governments around the world. 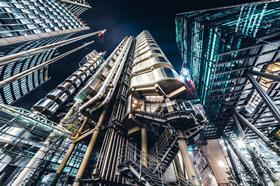 “In addition, Lloyd’s has donated to the British Red Cross Ukraine Crisis Appeal to support humanitarian relief efforts in the region.”

Tiernan added that “managing agents should review the information and identify customers whose coverage is impacted”.

Last week’s update from Lloyd’s concentrated on the need for market participants to take a detailed approach to underwriting catastrophe risk in the shadow of climate change.

Lloyd’s director of portfolio management, Kirsten Mitchell-Wallace, said managing agents had to get better at modelling and pricing their catastrophe exposures.

She highlighted that over the past five years, given the modelled losses for the market compared to its income on catastrophe risks, the market should have seen an underwriting profit of £25bn.

On a materialised basis, that figure fell to £11bn - but, when the catastrophe impact was factored in, the market failed to make any underwriting profit whatsoever.

Mitchell-Wallace warned that catastrophe risks were becoming ever bigger.

She said that 40% of new build properties in the USA were in areas that were exposed to wildfire risk and that 25% of the population across the globe were now living in flood risk areas.

However, Lloyd’s will not walk away from catastrophe risks - despite the increased volatility.

“We must ensure that we price properly for the risks which are being borne,” Mitchell-Wallace added.

She continued that the market has to take a “scientific, diligent and structured approach” to these types of risks, which requires better modelling.

“Cat risks have a home at Lloyd’s,” she added. “A sustainable approach to price adequacy will be key in a more volatile world.”

Despite the difficulties the market faces here, there are still syndicates that have shown they are more than capable of underwriting catastrophe risks profitably.

Mitchell-Wallace said the market wants to see more from the syndicates which are currently performing poorly – they should copy the approach of their more successful peers, she added.