She has worked in the Lloyd’s market for 40 years

The appointment is effective from 1 September 2021. 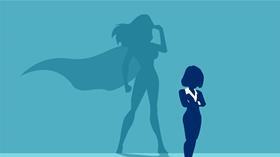 Bruce Carnegie-Brown, chairman of Lloyd’s, said: “This appointment recognises her extraordinary professional contribution to the Lloyd’s market and global (re)insurance industry over many decades.

”Her leadership will be vital as we progress our work in building the world’s most advanced insurance marketplace.”

Lloyd’s has committed to have 35% female representation in leadership positions across the Lloyd’s market by 31 December 2023.

It has also set a specific target for the council of having 33% of its members being female or from a black, Asian and minority ethnic background by the end of 2023.

Carter has worked within the Lloyd’s market for 40 years, although she started her career in medicine before moving to reinsurance broking in 1980.

She has sat as an elected member of Lloyd’s Council since February 2019.

In 2010, she joined Guy Carpenter as its vice chairman of international operations. In 2018, she moved to become its chairman of global capital solutions, international. Carter also holds positions on the firm’s executive committee and board.

Carter is also chair of Lloyd’s Charities Trust and Lloyd’s Community Programme, as well as a trustee of the Sick Children’s Trust.

She is a freeman of the City of London and a liveryman of The Worshipful Company of Insurers.

Speaking on her new appointment, Carter said she was “thrilled and proud to become Lloyd’s first female deputy chair”.

She continued: “I am a huge advocate of the market’s global reach and its ability to respond to the changing risk needs of customers and look forward to continuing to contribute to the leadership of Lloyd’s in this new role.”