Lloyd’s of London said it will clamp down on syndicates and managing agents that are not delivering on diversity and inclusion (D&I).

The corporation’s head of market oversight, Peter Montanaro, warned market participants that Lloyd’s wants to see greater efforts on diversity in the boardroom and will adopt a “zero tolerance” approach to inappropriate behaviour.

He also called on the market’s non-executive directors to play their part in driving diversity - he added that his door was always open for brokers that were seeking to better understand what the market expected around D&I.

Montanaro was speaking at a virtual market briefing this month (December 2021). Here, Lloyd’s unveiled its focus for the next year, which Montanaro said will primarily hinge around the moves toward a principles-based regulatory regime.

Therefore, at the heart of the market’s new oversight plan, which has been circulated to managing agents and syndicates, is a focus on conduct and culture.

“A key priority for next year will be building on the progress already achieved in terms of the market’s culture,” explained Montanaro.

“Importantly, culture is now an area of oversight and we will set out the expectations we have in our principles. There will be zero tolerance to inappropriate behaviour.”

He also called on company boards to help drive change.

He said: “I would like to ask the non-executive directors of managing agents and syndicates to make sure that challenges are being made at a board level.

“We will be monitoring our managing agents [that] we believe are not adhering to our requirements for greater gender and ethnicity representation.”

Montanaro also had an offer for the market’s brokers.

“If there are any brokers [that] feel they do not have a full understanding, I am happy to engage with you around our requirements on culture, compliance and behaviour.” 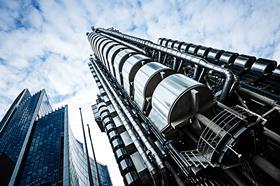 In addition to further addressing its culture, Montanaro added that Lloyd’s would continue to focus on core issues that are affecting the market. These include cyber risks, underwriting performance, catastrophe exposure, risk management, operational resilience, liquidity and environmental, social and governance (ESG) concerns.

Lloyd’s will be undertaking a soft launch of its principles-based regime this month and into the first half of 2022. The full implementation will be in 2023.

“There will be some differences, but we are not creating more work for the market,” said Montanaro. “However, we will not be lowering the bar.”

Syndicates will be graded on key metrics within the regime using a new five tier system, which will stretch from ‘Unacceptable’ to ‘Outperforming’. It will take into account factors such as capacity, syndicate performance, results and D&I.

Delegated authority business will also come under scrutiny for 2022. Lloyd’s chief of markets Patrick Tiernan said the growing importance of this channel to the market has made it an area where there needed to be greater scrutiny.

“Delegated authority now forms a substantial part of the channel mix,” he explained. “We want to look at the business with a focus on underwriting quality and cost.”

Expenses will be part of this discussion too, he added, as Lloyd’s seeks to drive down the cost of doing business, to further align it with the company market.

“There are concerns around how elements are structured, particularly around performance and cost,” Tiernan said.

“We want to look at how the risks are underwritten and that they are priced appropriately. In terms of the costs, we want to understand the link between acquisition costs, the costs of administration and – ultimately - the combined ratio.”

He said that following the authorisation process of syndicates’ plans for 2022, the market is predicting a 15% growth in gross written premium - the first time Lloyd’s has agreed to an increase in premiums for the past four years. Tiernan noted that this was driven by the predicted continued hardening pricing environment.

However, for syndicates that are deemed to be the best performing, the market is prepared to be agile and flexible in listening to any applications for an increase in capacity.

“We are expecting calls,” he said. “We want to support those best performing syndicates. Our role is not to put rocks in the way of market progress and innovation.”