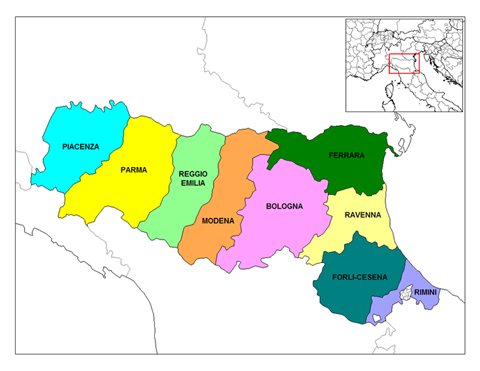 In the early morning hours of 20 May an earthquake struck the Emilia-Romagna region of northern Italy. The US Geological Survey issued a moment magnitude estimate of 6.0 for the event.

The focal depth is estimated at between 6.3 km and 10 km making this a shallow event. Indeed, the shallowness of today’s earthquake will likely exacerbate the damage, according to AIR Worldwide.

At least seven people died and 50 were injured, according to the BBC, with thousands left homeless. The largest aftershock reported so far was a magnitude 5.1 earthquake an hour after the main shock.

“The earthquake was the strongest to occur in Italy since the magnitude 6.3 L’Aquila earthquake that struck central Italy in 2009,” said AIR Worldwide senior director Dr Mehrdad Mahdyiar.

“Today’s event occurred in an area of generally low seismicity and using currently available information, early indications are that insured losses will not be significant given the low residential take-up rates and the relatively rural nature of the epicentral region.”

According to Italy’s National Institute of Geophysics and Volcanology there are no historical records of earthquakes of this magnitude within a radius of about 30-40 km.

The epicenter of the earthquake was located four kilometres east northeast of the town of Camposanto (population 3,200) and five kilometres southeast of San Felice sul Panaro (population 10,500).

However, the ground motion was felt in towns and villages throughout the Emilia Romagna region. While tremors were felt in Modena and Bologna, the region’s capital, no significant damage has been reported in either city.

“The reinforced concrete construction that dominates newer buildings in the region fared relatively well, although shear cracking in some walls is evident,” said Dr Mahdyiar. “It is possible that some structural damage may have occurred to these buildings, depending on the degree of enforcement of existing seismic design code.”

“The development of the seismic zonation in Italy throughout the last decades has led to levels of seismic resistance that vary according to region and building’s age. It should be noted that earthquake take-up rates for residential properties in the region are low; hence damage to commercial properties will likely drive the insured losses.”

According to AIR, the worst of the damage occurred to unreinforced masonry (URM) buildings, many of which were of historical significance to the region. The 14th century Estense Castle in San Felice sul Panaro was severely damaged and parts of another medieval castle (Rocche) in the town of Finale Emelia collapsed.