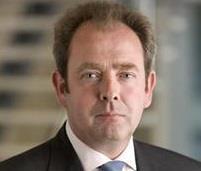 As part of the process, more than two million policies and legacy data accumulated over 40 years were consolidated.

Markel International is a division of US-based insurance group Markel Corporation, which is close to completing a merger with Bermudian (re)insurer Alterra.

“Eclipse will help us grow our business, strengthen our distribution channels and optimise our business processes.

Sequel sales and marketing director Michael Graham said: “Markel’s new system brings it solid commercial advantages and an even stronger operational base. This gives the insurer the edge in an increasingly competitive and regulated market.”